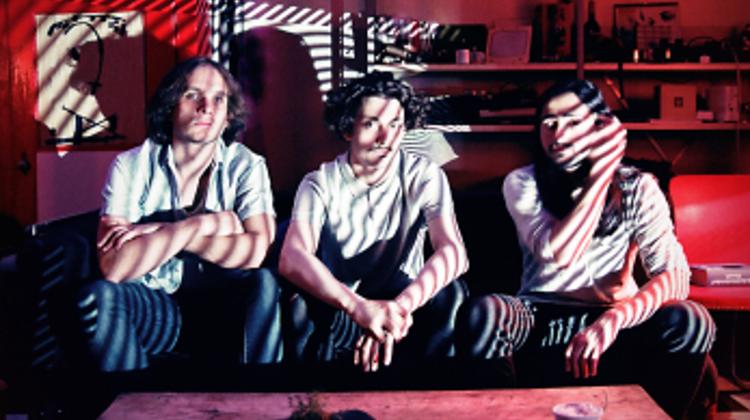 Two bonenbreaking, pure and honest, maximal energy bands will fill with power the lucky ones on this flaming night. Dirty Sound Magnet (CH)

Dirty Sound Magnet is Rock preserved at its peak. The purity of their sound and the sincerity of their passion gives birth to highly inspired and original music. Influenced by the finest artists of years long passed, Dirty Sound Magnet manages to integrate the freshness and power of the music of today. The creativity of Dirty Sound Magnet calls them to shirk the notion of a ‘label’ or a ‘genre’ for what they do is more than rock; it is from the first to the last ‘music’.

The band already has had the pleasure to perform over 100 live shows in Switzerland and abroad. Those who have attended a Dirty Sound Magnet concert are drawn into the world of pure magic, and they are eager to seek out the band again for every live performance is a unique experience for the crowd and the band as the music changes with every performance.

The band had won the 2012 Hungarian Grammy-award 'Fonogram' with their debut album: The Starship Has Landed. Their Freedom EP was released in 2013. Their song: "Go" has already been put into rotation in the broadcast of Hungary's most famous radio-channel MR2-Petofi.

The same song along with the one called ’The Juggernaut’ is currently being airplayed in the Kentucky-based WMMT’s The Rock Show which could be heard in five states of the USA.

The song "I Really Care" was featured on the Classic Rock Magazine's Unleashed Vol. II bonus CD, 2013 Summer Issue.
Their live shows have drawn rave reviews and with a fan base that is rapidly growing. The band has also gained both local and international recognition due to their soulful music and far above average live performance.

Ozone Mama is a unique four-piece band that features a charismatic frontman Marton Szekely along with the brains behind the band, guitarist Andras Gabor. The band also features globe-trotting bassist Gergely Dobos and a young dynamic drummer, Mate Gulyas.