Hungarians Divided Over What 2017 Holds For Their Country 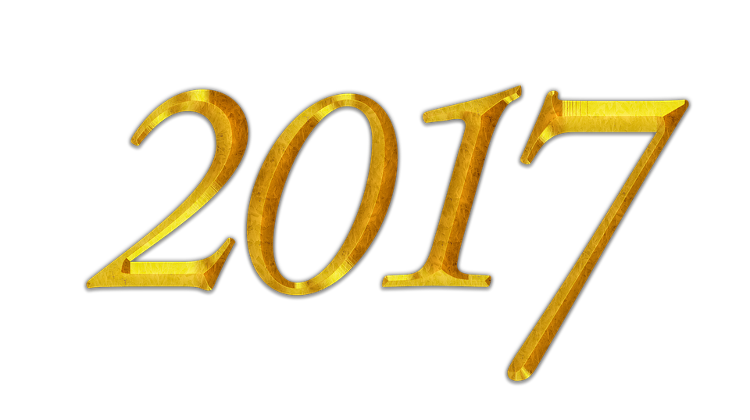 2016 was a tumultuous year for Hungarians. As 2017 begins, we asked a range of public figures across Hungary’s ideological spectrum — from current members of parliament to members of civil society and former politicians — what kind of challenges the nation can expect this year.

These comments also highlight the evolving political strategies of the country’s political forces as they face the general election in 2018. The ruling Fidesz party, for example, seeks to capitalize on Europe’s crises. Jobbik has been working to reinvent itself as a modern people’s party primarily concerned with raising standards of living and combating corruption. Centrists, meanwhile, are trying to find an audience and create an alternative to Fidesz, the far-right, and fragmented opposition.

The following are the full comments from these public figures answering one question — what are the top challenges we will face in 2017?

“Hungary’s main challenge is in line with the rest of Europe and probably even with the United States. After the present backlash driven by fear and collective egoism of nations we must overcome these feelings and become responsible again. Responsibility includes a firm commitment and continuous work to share wealth with the poor, to defend minorities, to maintain peace, to defuse tensions, save democracy and to save our planet.”

György Schöpflin is a Hungarian member of the European Parliament representing Fidesz. Formerly he was Jean Monnet Professor of Politics and Director of the Centre for the Study of Nationalism at the School of Slavonic and East European Studies, University College London.

“2016 was the year when the negative dimension of globalization and the political impact of multiple actors took off. This makes predictions hopeless and pointless. There are simply too many imponderables to say anything worthwhile. Is there still a global order?

“Elections in France, the Netherlands, Germany, the ongoing crisis in Poland, Brexit will make life difficult for the EU. It’s too early to say what kind of difference Trump will make, but there certainly will be some. Russia will undoubtedly seek to extend its power wherever it spots an opportunity. The global role pursued by China will persist, resulting in instability in east Asia. And the greater Middle East will remain in crisis.

“As for Hungary, the 2018 elections will dominate the political scene. Fidesz’s commanding lead in the polls imply that the country will remain stable – stable by what is going on in much of the rest of the world.”

A member of the now-defunct conservative Hungarian Democratic Forum (MDF), Géza Jeszenszky was foreign minister under József Antall (1990-1993) and Péter Boross (1993-1994). He was Hungary’s ambassador to the United States between 1998 and 2002 and ambassador to Norway and Iceland from 2011 to 2014.

“Hungary has many challenges in 2017. The most important would be – but the most unlikely to happen – is to reduce the cleavage between the three major political groups. That will be left for the government-to-come following the elections due in 2018.

“In foreign policy, I’d urge a new initiative towards Romania. First to aim at a common position on migration (not difficult), then on the future of the European Union (also possible), and once the mood between the two countries became better, to have confidential talks on the concerns of the Hungarian community of Romania. The rise of intolerance towards the latter should be reversed.”

Péter Krekó is a senior associate of Political Capital, a Budapest-based think-tank and consultancy. He is currently a Fulbright visiting professor at Indiana University.

“I think Hungary’s top challenges for next year are mainly connected to international political trends. What happens in the elections in, most importantly, Germany, but also France, possibly Italy, the Netherlands and the Czech Republic will have a big impact on the long-term sustainability for [Prime Minister Viktor] Orbán’s regime. The main question is this: will the pro-Russian, eurosceptic, anti-immigrant forces (the ‘Populist international’, as Anne Applebaum wrote) gain more power – as it did in 2016.

“But also, there is a big challenge for the opposition as well: will it be able to reorganize itself? Will new political forces emerge before the election year? How will the left-wing opposition forces cooperate with each other, and what will be their position over Jobbik? While it seems that even Fidesz and its left-liberal opposition think that the 2018 elections are more or less over, and Fidesz’s victory is unquestionable, there are still a lot of questions.

“And of course, how much terrorism and the refugee issue will dominate the European agenda is another big question. The more it is the issue, the better it is for Orbán both domestically and internationally.”

Szabolcs Kerék-Bárczy served as a city assemblyman and member of the left-leaning Democratic Coalition (DK) until mid-2016. Before that he was a member of the conservative Hungarian Democratic Forum (MDF). During the first Orbán government (1998-2002), he was an advisor to Fidesz officials, including stints as chief-of-staff to István Stump and advisor to then-foreign minister János Martonyi. Between 2001 and 2004 he headed the Hungarian consulate in Los Angeles.

“The Orbán government will continue to focus on short-term political gains, power games and they will steal more money. Therefore, people will not have more jobs; teachers, doctors, nurses, students, business owners and pensioners will have to face an even gloomier life in the new year than ever before. Orbán will drag Hungary closer to dictatorships and farther from the transatlantic alliance, which will make the position of the country more unstable in the international community than last year.

“So the biggest challenge for democrats, politicians and citizens alike is going to be to create an attractive, morally honest and professionally credible alternative to the governing coalition in order to stop their rampage. This alternative cannot be the current opposition alone. A new political force, a centrist grouping must arise that is able to provide a tangible hope for Hungary.

This hope can turn into reality in 2018 when this new political force, in cooperation with all those interested in a democratic regime change, takes over governance from Orbán and puts the country on the track of stability and prosperity. This is an enormous task but it is worth the sacrifice and I am sure we can do it.”

Márton Gyöngyösi is a member of the Hungarian parliament representing the far-right Jobbik party. He is vice-chairman of parliament’s Committee on Foreign Affairs.

“As far as Hungary’s top challenges for 2017 are concerned, the three below would be on my priority list:

“1. Corruption – Over the past years corruption linked directly to the Orbán administration has increased, due to centralized redistribution practices and non-transparent decision-making.

“2. Low real wages – In the transition years, governments (including the current government) advocated cheap and skilled labor, flexible labor laws to attract FDI. This led to massive internal migration, an outflow of educated labor force and hence a chronic lack of skilled labor in Hungary.

“3. Migration – The European Court of Justice is due to make a decision on the compatibility of migration quotas with European law. As Hungary resisted the quotas and appealed to the court, the decision is critical for Hungary.”