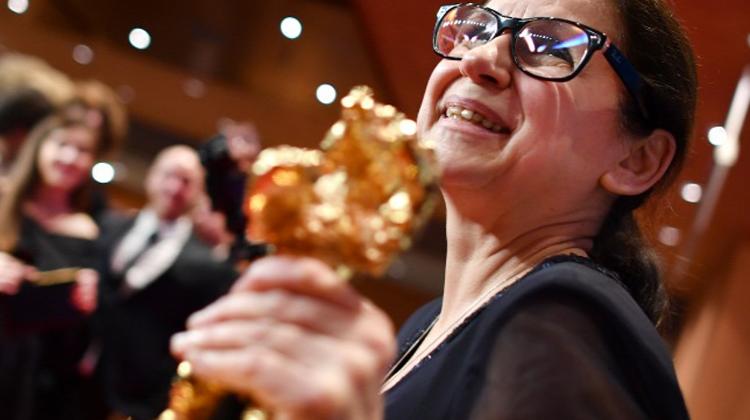 At the 2017 Berlinale film festival, the movie ‘On Body and Soul’ directed by Ildikó Enyedi’s was awarded the Golden Bear Bear for Best Picture. The production of the film was made possible by the 420 million Forint grant awarded by the Hungarian National Film Fund.

Hungarian film production is back in the world’s top league, Dániel Levente Pál writes in Magyar Idők. The pro-government commentator underscores that Enyedi Ildikó’s movie as well as the Oscar winning Son of Saul directed by László Nemes Jeles were both funded by the Hungarian National Film Fund. All this, Pál believes, is a proof that the Hungarian public film funding system created and led by the Hungarian-American film producer Andy Vajna is a success story.

Népszava’s Judit Kósa, on the other hand, thinks that the Hungarian public film funding scheme is a joke. The left-wing columnist finds it ‘absurd and frightening’ that public funding is distributed by a former Hollywood producer and state employees help the creation of Hungarian films. Kósa contends that it is a ‘miracle’ and a rare exception that the Hungaian National Film Fund supported Ildikó Enyedi’s film, a movie which was fully deserving of that backing.