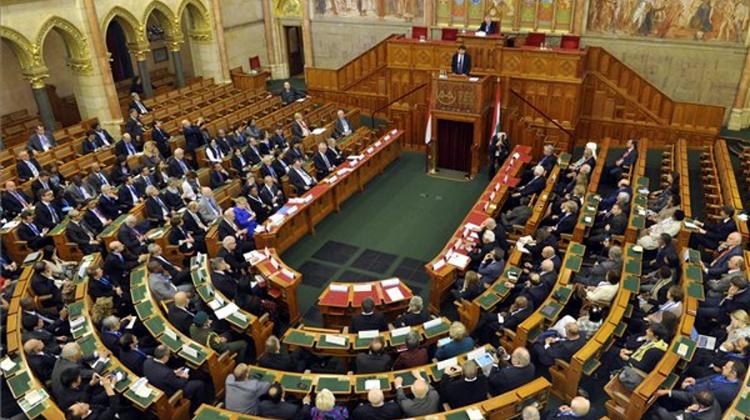 Party leaders responded on Monday to the prime minister’s speech opening the spring session of parliament, with ruling Fidesz’s parliamentary chief focusing on Viktor Orbán’s upbeat message on the economy while the opposition leaders insisted the government had failed to address problems in the country’s public services.

Fidesz’s parliamentary group chief said it was indisputable that Hungary’s economy was strengthening. Lajos Kósa told lawmakers that the opposition was confronted by hardship in the fact that employment was continually rising, the public debt was shrinking and that the labour market was expanding.

He insisted that opposition politicians had selective memories: whereas they spoke of the awful state of affairs as regards corruption, they failed to mention their own “biggest corruption case of all time” surrounding construction of the fourth metro line. Referring to left-wing demands for a progressive taxation system, Kósa said this would lead to “brutal tax rises”.

Thanks to the introduction of the flatrate income tax, 400 billion forints (EUR 1.3bn) have remained in the pocket of the average household, he added.

Noting a signature-collection drive to trigger a referendum on Budapest’s bid to host the 2024 summer Olympics, radical nationalist Jobbik leader Gábor Vona said the campaign’s success was tantamount to a protest vote against Viktor Orbán.

He also accused Orbán of having his eye “not on gold medals but on gold bars”. Orbán has failed to resolve problems in health care and education, and he has done little to eradicate graft or hold the corrupt accountable, Vona said.

Neither has he increased wages to western European levels, he said. The opposition Socialists said Orbán should put “the real problems” of Hungarians at the heart of his new national policies.

Instead of stadiums and the Olympics, people need incomes that provide security, Bertalan Tóth, the party’s group leader, said, calling for the reinstatement of the previous pension scheme which he said would have produced a 3.2% increase in the value of payments this year.

Further, household gas prices should have been cut by 20% while electricity and district heating should both be 10% cheaper, he insisted.

Opposition LMP’s leader Bernadett Szél, referring to national consultation planned by the government, said what Hungarians really wanted was to be consulted on whether or not to hold the Olympics in 2024.

Referring to five “battles” ahead identified by the prime minister, she said the government should set itself five tasks instead, such as ensuring a level of wages that guarantees a fair standard of living and higher spending on education and health care to prevent the departure of doctors and nurses.