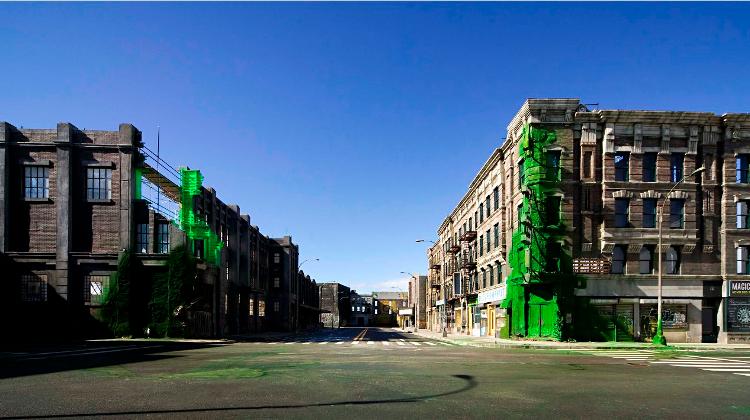 Fire erupted at the Korda Film Studio in Etyek Tuesday morning, destroying the largest set of the $100 million Mid Atlantic Films’ production of Robin Hood starring Jamie Foxx. Some 30-40 people were in the 1,500m2 hall at the time, but none were injured.

Studio Production chief Dániel Kresmery said the sets were in a hall rather than a studio, and no filming was going on when the fire broke out at 8:30 a.m.

Firefighters were still tackling the fire from outside the building as it was too dangerous to enter due to falling objects. The roof warped, a sign of a fire producing considerable heat, Gábor Farkas-Bozsik said. Firefighters continually cooled the roof from the outside in a bid to prevent its collapse, he said.

Sources: Hungary Around the Clock (+ MTI)

Official press release on the incident:

"The cause of a fire this morning that damaged a set on a soundstage at Korda Studios is now under investigation. There were no injuries sustained during the incident, which occurred around 7.30 AM Tuesday morning.

A firefighter stationed at Korda was joined by ERD units in extinguishing the flames, which were contained inside the soundstage.

The set was being prepped for filming of the movie “Robin Hood: Origins,” and no shooting was occurring at the time.

A damage assessment is underway. "