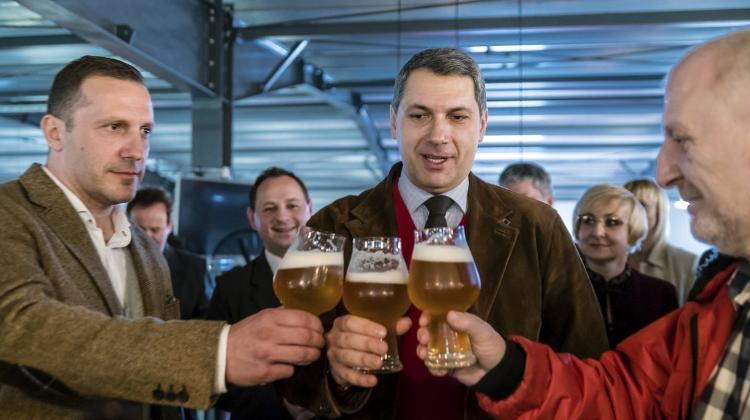 The Hungarian government urges Heineken to resolve its trademark dispute with the ethnic Hungarian Csíki Brewery in Romania through talks, government office chief János Lázár said after visiting the brewery in Sansimion (Csíkszentsimon) in central Romania.

He expressed hope that an agreement could be reached within a month in the dispute which he described as “David fighting Goliath”. Hungarian government representatives held talks with Heineken’s management in Hungary and with the Dutch ambassador in Budapest and asked them to help find solution to the beer dispute, Lázár said.

The government acknowledges and respects the fact that Heineken employs many Hungarians in Hungary as well as in Transylvania and pays a significant amount of tax, he added.

“As a result, we ask the Heineken group to follow the pinciple of live and let live,” Lázár said. However, he added in response to a question that “in case Heineken refuses to cooperate and … cotinues to want to trample on Igazi Csíki Beer, then there are several tools in the government’s hands and we are ready to use them in the protection of Hungarian national interests."

In response to a question, he said the measure will apply to breweries producing and selling beer in Hungary, which also includes the Igazi Csíki Breweries. In a final ruling on January 27, the court of Targu Mures (Marosvásárhely) said the production of Igazi Csíki Beer must be stopped after Heineken Romania had filed a lawsuit against the brewery for trademark reasons.