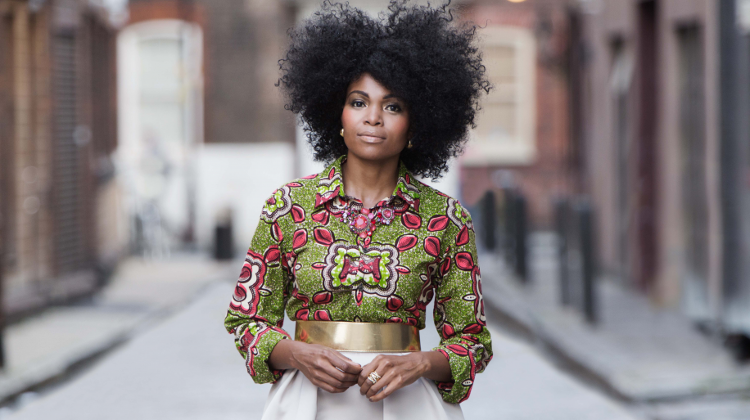 “She is one of the most exciting opera singers of our era,” and “With her sensitive, lyric voice, magical stage presence and playfulness, she will soon be a bona fide international star!”

This is just some of the praise that has been heaped on the soprano Pumeza Matshikiza, whose arrival onto the international opera scene a few years ago has been likened to that of a meteor.

Hungarian audiences will soon have the chance to meet her during an aria recital staged as part of the Budapest Spring Festival.

The beautiful singer grew up in South Africa under apartheid in the suburbs of Cape Town. Since her mother worked nights, she was responsible for running the house and also raising her younger brother. “My parents divorced when I was only three.

At that time, we moved to Cape Town, where my grandmother was a domestic worker. My mother frequently assisted her, since she was frequently without work. She was constantly looking for new jobs and occasionally the only work she could find was far away from our apartment.

Once or twice, my grandmother took us with her to her place of work, in a white family’s home. I was in awe as I asked how it was possible that only four people lived in this house with a pool. My grandmother said it was because they had money. Everything is a matter of money in this world. That’s what she taught us.”

The young girl had no dreams of a career until one day while dialling between radio stations she heard the voice of the Swiss opera singer Edith Mathis in the role of Cherubino from The Marriage of Figaro. From this point onward Matshikiza’s only desire was to sing like that.

One of her teachers, however, had encouraged her to pursue surveying since she had a knack for mathematics, and because the profession was a dependable source of income. Matshikiza began her studies accordingly, but the opera she had heard in the radio left her restless.

At the age of 21, the moment came for her to take the first steps toward what she had dreamt of for years in secret: she applied to the Cape Town Conservatory. Following her successful application, she began her studies and has left the world gasping in awe ever since at her unexpected and stunningly successful career.

Colleagues, friends, acquaintances and strangers all stand in awe and are perhaps somewhat puzzled to learn of her wonderful career. In truth, a lot has happened in a short amount of time in this young talent’s life. As a teenager, Nelson Mandela visited her school and shook Matshikiza’s hand.

“Ever since, I am frequently asked what I felt at the time, but in reality all that happened was that he came, we sang for him, and he shook all of our hands. I think I was too young for it to have left any impact on me.” In October last year, she made her debut with Sir Antonio Pappano and the Orchestra dell’Accademia Santa Cecilia in Rome, singing the world premiere of Luca Francesconi’s Bread, Water and Salt, based on Mandela’s famous speech.

Matshikiza has a strong personality and has always had one, although she feels that these days she can relax more easily. But she has always remained true to herself and her goals, making her decisions on her own just like when she was a child, continuing on her path without hesitation. Her path, music, is a form of expression she could not live without.

“From the age of six, I sang in the school and later in the church choir, then I began my musical studies. But I never dreamed that this would be my life. I began to study music because I was spellbound by the world of sound.” Later, a South African composer, who was impressed by Matshikiza’s voice, gifted her an air ticket to London.

On the composer’s recommendation, she applied to the Royal College of Music and was awarded a full scholarship for three years. She studied in masterclasses held by famous singers such as Kiri Te Kanawa, Thomas Allen, Renata Scotto, Philip Langridge and Ileana Cotrubas.

In contrast to many South Africans who have been fortunate in life, Matshikiza frequently returns home, primarily because her family still lives in Cape Town. In September, she performed at a charity concert in Paris’s Théâtre des Champs-Elysées to support the founding of a new South African conservatory.

Naturally, her family members also visit her in Europe. Matshikiza can vividly recall when her mother first heard her perform in Germany. Her mother really enjoyed the opera, but is happily not preoccupied with the fact that her daughter has become famous.

Fame is not important to Matshikiza, much more the road that she has taken: “I never appreciate singing on its own. I always look at the entirety of my life: what have I seen so far, where have I been, and of course, where I came from. I’m fortunate. I left South Africa to sing, and I followed something that I honestly enjoy doing. Of course, it’s hard work, and there’s always room to improve. At the same time, I never do what others expect of me, but I strive to invent and achieve what I want.”

The 38-year-old singer is an exclusive artist with Decca Classics and her debut album was released in 2014, followed by her second disc in May 2016. In 2010, she won the Veronica Dunne International Singing Competition held in Dublin, and the following year became a member of the Staatsoper Stuttgart.

Matshikiza also sang at the wedding of Prince Albert of Monaco, whose bride Princess Charlene is also from South Africa, and she was widely praised for her performance at the opening ceremony of the 2014 Commonwealth Games in Glasgow. She is a special guest of the Staatsoper Stuttgart, and her latest role is Micaёla in Carmen, but she has also performed Pamina in The Magic Flute, Zerlina in Don Giovanni, Susanna in The Marriage of Figaro and Nanetta in Falstaff.

In her free time, Matshikiza enjoys reading and swimming, and she likes to warm up in the steam of the sauna when it is cold outside. And there is one thing that has become a ritual in her life: she eats pasta before every performance.

Opera continues to leave Matshikiza mesmerised, since the genre’s diversity, complexity and mystery leaves her with much to still discover. “It entrances me how at times even a somewhat silly story connects the orchestra and the singers. The stories in operas speak of feelings, of love and pain, and the chasms between social classes.

At times, they are truly funny, but at times they present such life situations that we find in real life, since they are about human feelings. And suddenly we recognise how long we’ve struggled with the same problems, and how most of these dramas are forever part of our lives.”