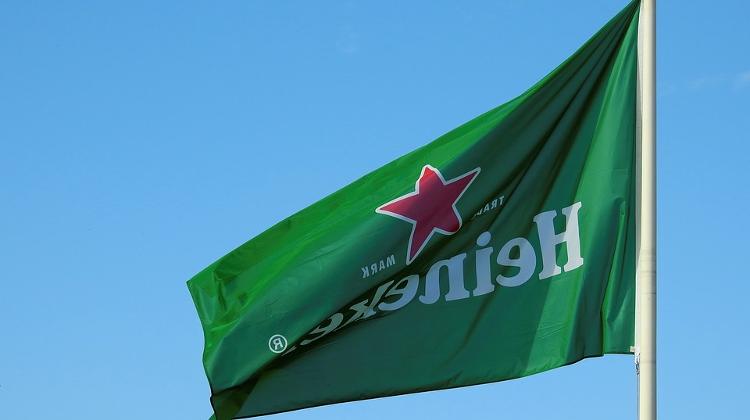 The government sees no reason to withdraw the bill prohibiting the commercial use of totalitarian symbols, government office chief János Lázár and deputy prime minister Zsolt Semjén told news site atv.hu, reacting to news reports speculating about government plans to abandon the bill. “Lex Heineken” would ban the use of symbols such as the swastika, the arrow cross, the hammer and sickle as well as the red star for commercial purposes 30 days after the bill’s approval, although their use would not become a criminal offense until the start of next year.

The bill’s authors argued that allowing the use of the symbols lends them “a kind of legitimacy”. Heineken is a strategic partner of Hungary, Lázár acknowledged in parliament earlier. The bill, however, does not attack the company as an employer or a taxpayer but aims to achieve a level of respect for Hungary’s national interests from multinational companies.

The main aim is to preserve the dignity of the victims of the Holocaust and communism, Lázár added. The bill is politically and legally viable as well as being morally right, Semjén told atv.hu. Protecting a small brewery from the attack of a multinational company is more a national issue than an economic one, he said.

Heineken’s steps to squeeze out competitor Igazi Csíki Sör (Real Csíki Beer) from the Romanian market is one of the reasons MPs of the governing Fidesz-KDNP alliance submitted a bill that would ban the use of totalitarian symbols for commercial purposes, Lázár said earlier, adding that the main reason for the bill, however, was to preserve the dignity of the victims of the Holocaust and communism.

In January, a Romanian court upheld a ruling prohibiting a small brewery in Transylvania from marketing its product as “Real Csíki Beer” because Heineken already owns the “Ciuc” brand, which means “Csíki” in Romanian. Lázár said the dispute over the trademark could have been solved in a more “civilized” manner with an agreement allowing joint usage.