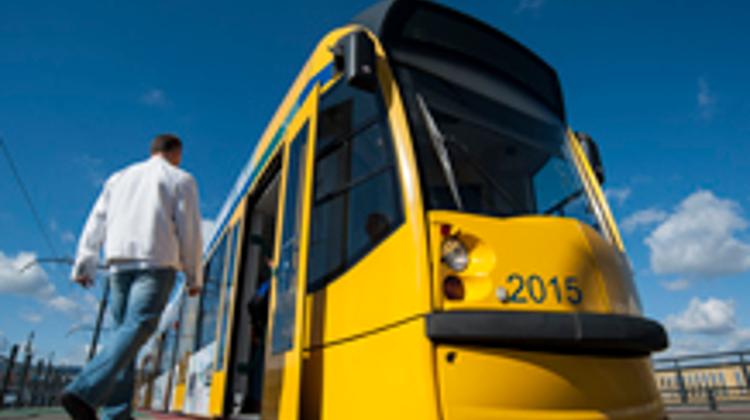 Until 25 April tramline 4 and 6 will be running on two separate route sections due to refurbishment works for two and a half weeks. The two divided sections are between Széll Kálmán tér and Wesselényi utca, and between South Buda and Harminckettesek tere.

At night, the full line is replaced by buses. Bus lanes will be created on the Grand Boulevard in both directions on the section between Dob utca and Pál utca while parking will be prohibited in the vicinity of replacement bus stops.

Until 25 April (Tuesday), track refurbishment works will be carried out in Pest on tramlines 4 and 6 on the sections between Bérkocsis utca and Népszínház utca, between Rákóczi út and Dohány utca, as well as in Buda between Karinthy Frigyes út and Budafoki út.

On the section between Oktogon and József utca the last major renovation was carried out in the 1990s, the track structure has worn out since then due to extremely high traffic volumes.

Even though minor interventions required to maintain traffic are performed every two weeks, the 2.5-week-long tram replacement period in April is necessary for the required major renovation works.

Transport on the Grand Boulevard (Nagykörút) during the renovation period:

• From 8 April to the morning on 21 April, as well as on 24 April and 25 April, the trams serving the Grand Boulevard (Nagykörút) will be operating on two route sections: from their South Buda terminuses to the Harminckettesek tere stop as well as from Széll Kálmán tér M terminus to the Wesselényi utca/Erzsébet körút stop, on the skipped tram route sections replacement buses will be in service.

• From the morning on 21 April, as well as during the day on 22 April and 23 April, tramline 6 will be out of service on the southern route section, more frequently running tramline 4 and replacement buses will be operating instead between the Buda-side bridgehead of Petőfi bridge (Petőfi híd budai hídfő) and Móricz Zsigmond körtér M.

• At night between 8 and 25 April, replacement buses will be operating on the entire route.

Low-floor buses will also provide replacement service. BKK recommends customers approach the area of Blaha Lujza tér and Rákóczi tér by metro lines M2 and M4 during this period while those headed to the city centre take metro line M3.

BKK provides regular updates about public transport service changes, about lines marked as your favourite as well as about road traffic conditions on the BKK website and via mobile phone applications.

Also, tailored service change information is available on the BKK Info page at www.bkkinfo.hu and via with the BKK Info app. Subscribers to this service will receive instant updates about the lines of their choice, also by e-mail if they wish.

Customers can plan their trips with the help of BKK’s web-based futar.bkk.hu or iOS, Android and Windows journey planner app, all of which use real-time data of the GPS-supported FUTÁR vehicle location and passenger information system.

Before you start your journey, you are advised to check the actual travel options along with planned service changes. Scheduled traffic restrictions are available online a few days ahead of their introduction.

On kozut.bkkinfo.hu motorists driving in the capital can obtain real-time information about road traffic conditions with the help of the interactive map function.