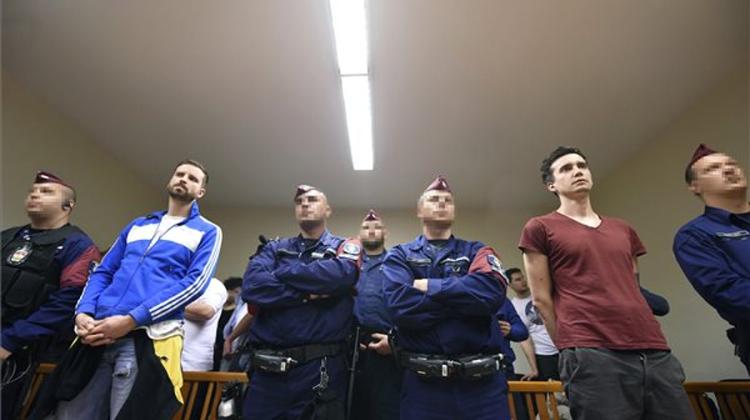 A Budapest court sentenced two activists in a non-final ruling to community work for throwing paint cans at the presidential Sándor Palace during a demonstration earlier this week. The court handed down its verdict in expedited proceedings, finding the defendants guilty of rowdy behaviour and damaging the Sandor Palace at this past Monday’s demonstration.

Márton Gulyás, who had procured the paint cans, was sentenced to 300 hours of community work.

The court annulled a probation sentence he had been given earlier by another court, also for rowdy behaviour. Gergő Varga, the co-defendant, was sentenced to 200 hours of community work.

The prosecution had requested suspended prison sentences for the defendants. The defendants’ attorneys had asked the court to dismiss the charges, arguing that their offences did not qualify as crimes.

Two cans hit the wall and caused damage worth 23,000 forints (EUR 74) to the building, the statement added.

The suspects will also face charges of rowdy behaviour.