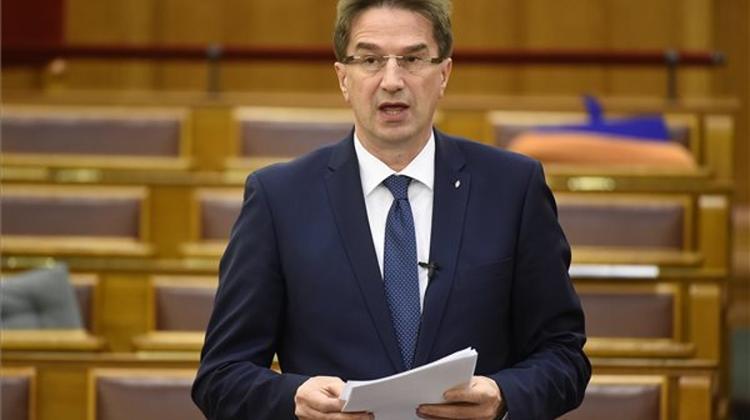 Brussels leaders treat Hungary like a “rebel” and want to punish the country for its refusal to take in migrants, justice ministry state secretary Pál Völner said. Völner reacted to an article published in the Tuesday edition of British conservative daily The Times which said Germany, France and up to 21 other countries were preparing to give an ultimatum to Hungary and Poland this year demanding that they either accept their redistribution quota of migrants or leave the European Union.

Völner noted that in December 2015, Hungary had turned to the European Court of Justice over the EU’s mandatory migrant quota scheme, which had been approved by a simple majority of EU interior ministers just a few months earlier despite protest from Hungary. Slovakia also challenged the quota plan with a similar petition to Hungary’s and was soon joined by Poland.

The Times quoted a senior diplomatic source from one of the founding EU member states as saying that “we are confident that the ECJ will confirm validation” of the quota system, after which Hungary and Poland would have to abide by the court’s decision or face “both financial and political” consequences.

Völner said such remarks were “in serious violation” of the ECJ’s independence, adding that they gave cause for suspicion that the court was being “dragged into the migrant business”.

He said it was clear that Hungary and Poland were being pressured politically, arguing that the petition to the ECJ had been submitted by Hungary and Slovakia, yet the EU’s reported ultimatum targets Poland but not Slovakia.

He noted that Austria, which had originally backed the quota plan, but later said it would not take in any more migrants, had not been mentioned in connection with the ultimatum, either.

The ECJ will hold a hearing on Hungary and Slovakia’s petition on May 10, the state secretary noted.

The leftist opposition Democratic Coalition (DK) commented on the article saying that Hungary was “on the verge of a national tragedy” if the statements in the article are true.

“By the time the government’s anti-EU propaganda is plastered everywhere, it may very well be that our fate will be solely in the hands of Moscow,” DK MEP Csaba Molnár said, referring to billboards promoting the government’s national consultation.

“If Hungary is expelled from the EU, we will forever lose our historic opportunity to close the gap to Europe,” Molnár said.