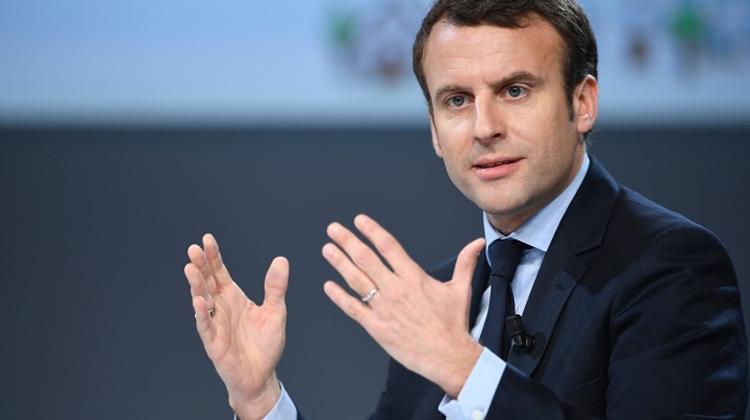 "I look forward to our cooperation, and trust that in the future we will have the opportunity to further develop our bilateral relations, and also to discuss our ideas with relation to the future of Europe,” Orbán reportedly wrote Macron.

But Macron has thus far showed no signs of admiration for Orbán. As reported by Politico this month, Macron slammed his contender, Marine Le Pen, by accusing the candidate from the far-right party Front National of being in cahoots with the likes of Orbán and Russian President Vladimir Putin.

“We all know who Le Pen’s allies are: Orbán, Putin. These aren’t regimes with an open and free democracy,” Macron reportedly said at a May 1 campaign stop in Paris.

Orbán, who for years has waged an intense propaganda campaign against “Brussels”, is finding himself increasingly isolated among his European peers.

Two weeks ago, during the European Parliament debate on “the situation in Hungary”, Alliance of Liberals and Democrats for Europe group leader Guy Verhofstadt compared the young Viktor Orbán of 1989 to Emmanuel Macron.

“I would say you were like the Emmanuel Macron of Hungary in 1989,” Verhofstadt said. “I don’t think Emmanuel Macron will be pleased with what I have said today, though I didn’t say it French so I hope that it doesn’t make a lot [of problems].”

“The EPP has also made it clear to our Hungarian partners that the blatant anti-EU rhetoric of the ‘Let’s stop Brussels’ consultation is unacceptable,” EPP President Joseph Daul reportedly said after the meeting. “The constant attacks on Europe, which Fidesz has launched for years, have reached a level we cannot tolerate.

This consultation has been deeply misleading. The European Union was founded by visionary representatives of the EPP, and our convictions are deeply pro-European. We do not have to remind Viktor Orbán, of all people, that decisions in Brussels are taken collectively by European governments, including his Hungarian government, and by the European Parliament, which includes representatives of the Hungarian people,” Daul said.

Macron, who founded France’s centrist, transpartisan liberal party En Marche!, has been unambiguous about his desire to see a stronger, more unified Europe.

“Mr. Macron is ardently pro-Europe and has portrayed himself almost as the anti-Le Pen,” The New York Times reported in April.