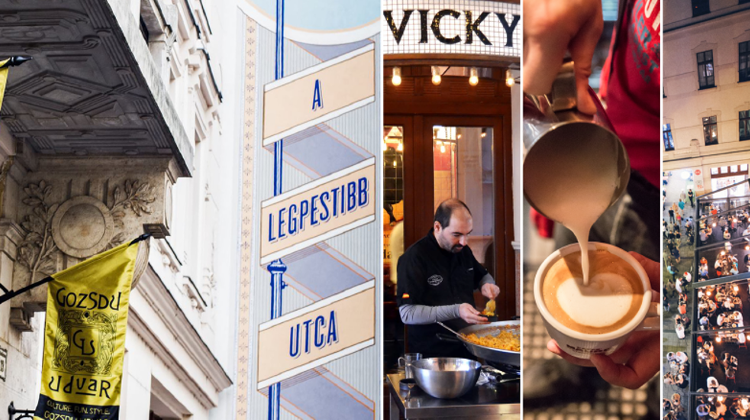 Popular downtown venue Gozsdu Courtyard (Gozsdu Udvar) is holding a street music festival between until 20 June. Events take place on Tuesdays and Thursdays, and lesser known Hungarian musicians are invited to compete for a prize of 500,000 forints (EUR 1,625), which will be awarded based on ‘likes’ by the audience.

Musicians of all genres including rock, electronic, hip-hop, classical or experimental music as well as DJs are invited to apply.

Gozsdu: where past and present meet According to official website, the Gozsdu Courtyard is one of the most dynamically improving centres in the downtown of Budapest; it is a meeting point that combines entertainment, gastronomy and culture.

The entertainment quarter is awaiting its guests with uniquely exciting programmes every day of the week. The Courtyard makes room for countless places, representing extraordinarystyles, thus providing colourful experience for all generations.

As the entertainment centre of the downtown, it attracts more than 900,000 visiors per annum; due to its cosmopolitan nature it has become extremely popular between both the residents of Budapest and the tourists. Gozsdu Courtyard has an adventurous past; its history dates back up to the very beginning of the 20th century.

Gozsdu Manó, a Rumanian lawyer and also a Maecenas,considered the education and support of youth his most important task.

The planning and building of Gozsdu Courtyard began in 1900 by the order of the Gozsdu Foundation, established from the wealth of Gozsdu Manó, and was erected in 1915 based on the designs of Czigler Győző.

In those days the courtyards of the centre were full of vivacious commercial life; it was an important part of the bustling life of the downtown both at the beginning of the past century such as today as well.

During World War II the Gozsdu Courtyard was a part of the Budapest ghetto; UNESCO has declared it to be the part of world inheritage.

In 2009 Amir Holding Kft. and Autóker Holding Zrt. renewed completely the building complex, and restored its façade consistent with its original condition in the course of such reconstruction.