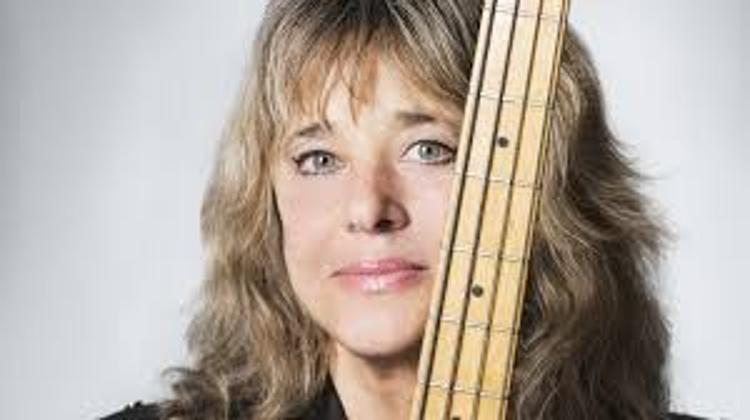 Suzi Quatro will celebrate the 50th anniversary of the start of her music career in Budapest. The famous American rocklady of the ’70s-’80s will give a concert on 4th June in the Budapest Congress Center.

The star, who is living in Great-Britain for a long time, announced earlier that this tour will be the last one, and she will retire from her music career, afterwards. At these concerts – in the Hungarian capital among other cities – she will perform her biggest hits, like Can the Can, 48 Crash, Devil Gate Drive and She’s In Love With You.

The one and a half meter tall, pretty Suzi Quatro was the first female bass guitarist, who had great successes in rock music. She was born in Detroit as Susan Kay Quatro, she left school at the age of fourteen and played in a band with her sisters.

The lively girl, wearing leather, arouse Mickie Most producer’s interest, who introduced her to the famous Chinn-Chapman composer duo, who produced the hits for her on the line. She published a number of successful singles in the ’70s, which established her fame in Europe and Australia.

It started with Can the Can, which became number one in England, then came Daytona Demon and Devil Gate Drive, 48 Crash, and she also performed the former hit of Elvis Presley, the All Shook Up. Sixteen of her songs were in the British Top 20, while she was hardly noticed in America.

At the end of the ’70s she started to sing softer, more pop-like songs instead of hard rock. In 1978 she performed Stumblin’ In in duet with Chris Norman, who was the same age as her and already made a name for himself with the band Smokie.

The song made it to the 4th place on the American top lists. It will probably be performed in Budapest not only by Quatro in June, but also by Chris Norman on 22th April in the Tüskecsarnok. Suzi Quatro gave concerts in Hungary several times before.

The singer is of Hungarian origins on her mother’s side, and she is supposed to have met her relatives in the breaks of her performances. Between 1973 and 1980 she won six Bravo Otto awards and appeared in the popular American television sitcom, Happy Days.

Her records were sold in more than 50 million copies worldwide. Her latest album, the In the Spotlight, was published in 2011, since then she has been presenting her own radio programme at BBC.