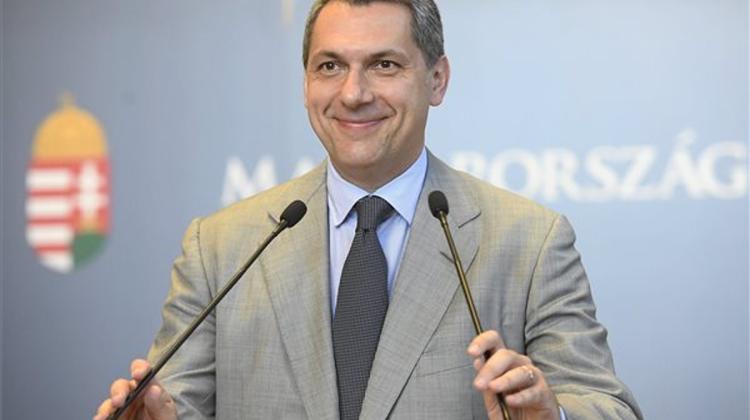 Those who participated in the survey support the fence on Hungary’s southern border, low energy prices as well as the position that it should be up to parliament to set taxation policy, vote on welfare and job support schemes and set energy prices, János Lázár said at his regular weekly press briefing.

The government intends to stay in contact with voters concerning these matters, as there are a number of related issues the government has to deal with, such as the infringement procedure the European Union has launched against Hungary over the border fence, he said, adding that significantly more people had returned their questionnaires than in any other “national consultation” in the past.

Also, their number was well above the number of people who voted in the 2014 election for various opposition parties.

He said that despite being “one of the biggest beneficiaries” of these funds, Germany had been the one to commit the “greatest violation” of the EU’s basic principles by “letting millions of illegal migrants into its territory” in 2015 and breaching the EU’s rules on border control.

He said Hungary will fulfil the rotating presidency of the Visegrad group from this summer and it has several proposals for the fairer, less bureaucratic and more transparent use of resources. He added that during last week’s NATO summit, a dispute emerged between EU member states and the US and Hungary concerning terrorism.

According to the position shared by the US and Hungary, there is a link between migration and terrorism, and several EU states refused to recognise this, Lázár said.

He also said that Hungary had contacted the Council of Europe, the United Nations, the OSCE and NATO in connection with a European Parliament resolution taking Ahmed H under its protection, which he said was an unprecedented move concerning a man convicted of terrorism.

In response to a question, he said if the EU forced Hungary to take part in the mandatory redistribution of migrants, Hungary would still make use of its transit zone. He also said that a fence could be built on the Hungary- Romania border if necessary, as a last resort.