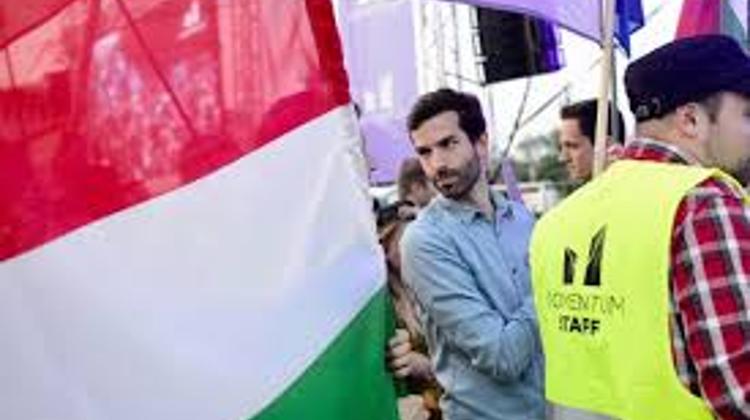 As the new youthful party issues an appeal in support of the Gay Pride Parade, a conservative commentator regrets that the new opposition movement has ‘gone so far to the left’.

In an official statement, Momentum leader András Fekete-Győr has vowed on behalf of his party that ‘we will attend this year’s Pride March’ as a movement, rather than as individuals, and said ‘love has no colour or gender’. In the latest opinion poll, Momentum’s constituency is measured at 2 per cent of the total population and its leaders are reported to be working on a coalition with other small opposition groups in order to pass the 5 per cent threshold at next year’s parliamentary election.

Mandiner’s Gergely Szilvay has two objections to Momentum’s position. In the first place he believes that love and family do have something to do with gender. He thinks those who say the opposite haven’t done their eighth-grade biology homework.

Secondly, he warns Fekete-Győr that the overwhelming majority of Hungary’s population disagrees with his views and he cannot aspire to build a large consensus around his new party if he represents ideas which are extremist in today’s society.

Szilvay doesn’t object to gay people’s right to hold their annual march, although he disagrees with them and does not think that they are doing themselves a useful service.