Opinion: The Agony Of Hungarian Football 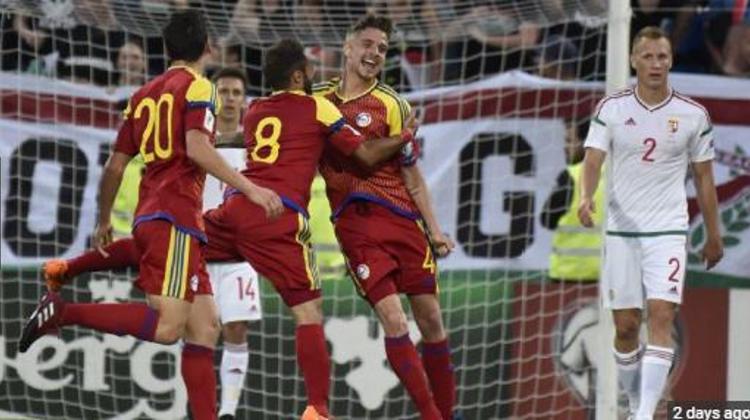 The “humiliating defeat” of the Hungarian national football team by the amateur players from the tiny Principality of Andorra has prompted a nationwide uproar. One might retort that football is just a game and there is no guarantee that teams considered to be inferior always lose and the better ones always win. Why all the fuss?

Perhaps the best answer came from Bence Jávor, sportswriter for Index, who, in connection with the Andorra-Hungary 1-0 game said that “at the moment the greatest problem with Hungarian football is that it is not really about football.” Viktor Orbán made the game a vehicle for the much coveted national greatness. An incredible amount of money and effort has gone into the sport since 2010 without any improvement in the quality of the players.

Hungarian football and Viktor Orbán exist in a symbiotic relationship. The defeat in Andorra is a defeat for Viktor Orbán and his vision. Last summer when during the European Football Championship games Hungary scored a couple of victories, Orbán obviously believed that his strategy of making Hungarian football great again was working. Those who are aware of the depth of the problems, however, knew from the start that all the billions of forints spent on the sport had been in vain.

The government media has been circumspect. Origo, for example, tried to minimize the defeat by publishing a long article listing all the horrible Hungarian losses suffered in games with inferior opponents, starting with the Olympic Games in Paris in 1924. Government propaganda outlets must be careful. One doesn’t joke around when it comes to football. After all, that is Viktor Orbán’s domain.

Thus, it is mostly the opposition papers’ sportswriters who offer penetrating analyses of the state of Hungarian football. Index pointed out that while last year, after the two Hungarian wins against Austria and Portugal, Orbán immediately posted on his Facebook page “Na, ugye” (You see), claiming that his strategy had worked, this time he was silent. Not a word about the fact that Hungary hasn’t won one game yet in the preliminaries to the World Championship, to be held in Russia.

This defeat is also Orbán’s defeat. As Bence Jávor said in his Index article, “In Hungary, football is a sector of the national economy, even a nation-forming sector which, as a result of the exclusively divine political will, is able to return the lost confidence of our people so they can continue to rise again because their talented children in the stadiums will enforce at last the much deserved appreciation of the world.” But there is a wide chasm between Orbán’s imagined role of the sport and reality, which despite all efforts cannot be closed.

In Népszava Iván Hegyi, formerly sportswriter at Népszabadság, wrote an excellent article titled “Magyar Dwarfs in Lilliput.” He points out that the “cheap propaganda” that can be read in government papers’ sport sections or in such papers as Nemzeti Sport, the favorite newspaper of Viktor Orbán, only matches the level of Hungarian football. In the last few years pro-government oligarchs have poured 190 billion tax-free forints into football clubs and into Orbán’s very own Puskás Academy in Felcsút.

The Orbán government has spent 400 billion forints on building stadiums. As Hegyi says, “almost 600 billion forints for practically nothing.” That is a sizable amount of money: 2.2 billion dollars more or less down the drain. Some “experts” even tried to “analyze” what happened but, as Hegyi puts it, “this kind of analysis is made only in Humbugistan.” This is where Orbán’s vision of football as a “strategic sector” has led. To Humbugistan.

Another article that created quite a controversy appeared in HVG. It bore the title “[András] Hont: Na ugye.” This is a take-off on Viktor Orbán’s by now infamous bragging last summer after a couple of wins during the European Football Championship. “You see? Didn’t I tell you? It was worth it!” All that in two short words. But now Hont says to Orbán, “Na, ugye.” It means, didn’t we tell you, Viktor Orbán, that all the money you’ve been pouring into football has been a total waste? All that money that was given to football instead of to education and healthcare.

But what really upset the Hungarian right was Hont’s devastating words on the Hungarian football hooligans who accompanied the national team to Andorra. As usual, they wreaked havoc when they were ready to remove the players’ shirts because “they didn’t deserve to wear their uniforms.”

Even though Hungary’s defeat in Andorra was described in the media as “shameful,” “what we really ought to be ashamed of is that from time to time we let a few hundred unhinged Neanderthals with Nazi tattoos invade Marseilles, go to Lisbon to attack gays or to Bucharest to make a racket. They should be left somewhere where no-go zones or zoos should be built to accommodate them.” The following video will give you an idea about the behavior of the Hungarian “fans.”

Well, the members of the “Carpathian Brigade,” who created the upheaval in Andorra, were not happy with Hont, whom they kept calling “Andráska.” Even Magyar Idők felt that it had to weigh in on the issue. Although the article quoted Hont’s exact words on the tattooed Nazis, it still accused Hont of a lack of patriotism. “What kind of man is it who is happy when his country loses and sad when it wins?” This is the level of “government journalism” in Hungary nowadays. Despite the fact that Hont said not a word about being happy that the Hungarians lost.

What do we know about Viktor Orbán’s reaction to the Andorra fiasco? The little journalists managed to get out of him was the following: “We have the same leadership at the head of the Hungarian Football Association that was able to find the appropriate answer after the devastating 8-1 loss suffered at the Hungarian-Dutch game. Now we must all trust that President Sándor Csányi and his team will make a wise decision after proper deliberation.” This leads me to believe that Viktor Orbán is still incapable of realizing that his strategy has totally failed, that everything he has done has been for naught.