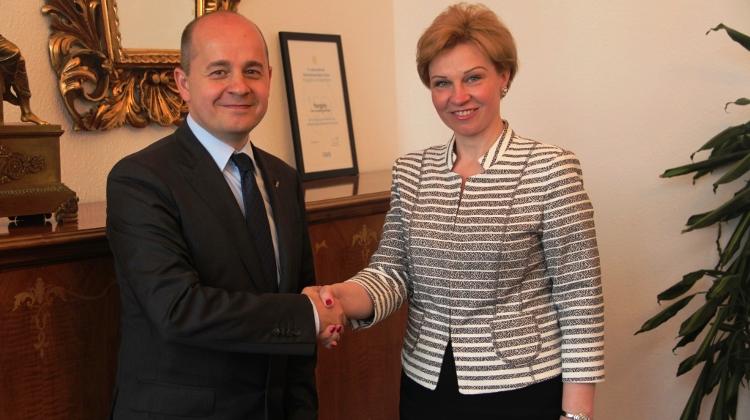 As Russia’s actions and methods employed against Ukraine are unacceptable, members of the international community should stay united in their response to the conflict, diplomats said at a panel discussion hosted by the National Public Service University in Budapest on Thursday.

The discussion, entitled Hybrid Warfare – Threats and Challenges, was organised in partnership with the British, Canadian, Ukrainian and US embassies as part of a programme series focusing on Ukraine.

Opening the discussion, Ukrainian ambassador Liubov Nepop said that her country had been facing unconventional warfare.

Russia is employing not only conventional military methods against Ukraine but relies greatly on other tools that include propaganda campaigns and energy policy measures, she said.

Beside military threats, Moscow is also employing the tools of disinformation and propaganda not only in Ukraine, but in other European countries, too, she added.

Moscow also uses energy policy as a tool against Ukraine with the aim to block that country’s EU integration efforts by increasing its dependence on Russian gas supplies, the ambassador said.

The only appropriate response the international community can give to that is to remain united and share solidarity in their actions against Russia, she said. David J. Kostelancik, the US embassy’s charge d’affaires, said Russia is employing a unique combination of various warfare methods, including a number of new tools, against Ukraine.

He said that the United States will continue to support Ukraine sovereignty and territorial integrity. Maintaining the conflict with Ukraine serves solely Russia’s political interests, he said, adding that Russia’s actions against Ukraine were unacceptable.

The diplomat said that the Minsk agreement should be observed and implemented by all sides concerned.