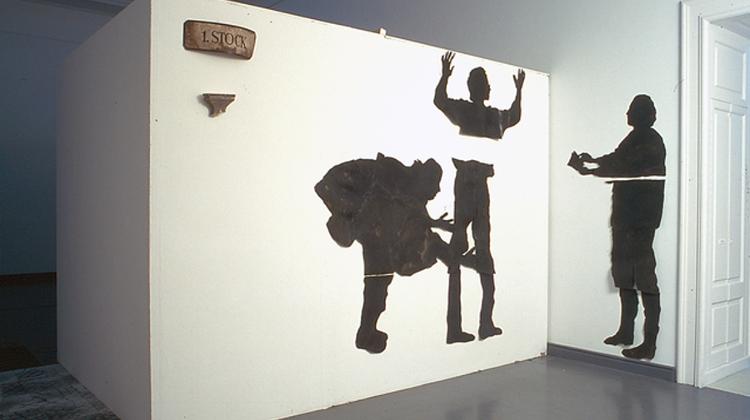 On now until 10 September 2017. The group of artists whose name translates as Substitute Thirsters were active from 1984 until 1992. The group was established when the former bans, prohibitions, and various hindrances of Socialism had already begun to abate, and they dispersed as soon as parliamentary democracy was consolidated.

They began as an underground formation and by the end they had become an officially accepted group.

Their singularity lies precisely in this paradox career; the group gained official recognition at a time when officiality was disintegrating, and - typically - they ended their practice around the time when new officiality had formed and a new power had consolidated.

They became conformists at a time when political-artistic conformism was temporarily hampered in Hungary. Their career accurately illustrates the disintegration of an old regime and the consolidation of a new one.