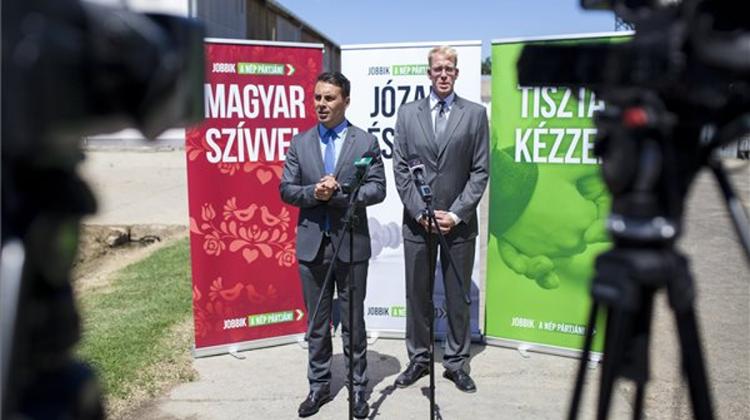 If elected into government in 2018, Jobbik will turn Hungary into a “food industry powerhouse”, the opposition party’s leader Gábor Vona said in Marcali, in south-west Hungary, on Friday.

Due to its natural endowments and the knowledge and diligence of its citizens, Hungary has a great potential for reaching this goal, Vona told a press conference he gave in the company of Olympic champion water polo player Ádám Steinmetz, Jobbik’s local candidate for next year’s general elections.

The food industry, a strategic sector in Hungary, would deserve a special focus from the government, including efforts to create jobs and maximise revenues, he said.

Steinmetz warned of taking the EU farming subsidies for granted, because “there is no way of knowing how it will go after 2020”.

The Fidesz government’s “Let’s stop Brussels!” billboard campaign earlier this year may have adverse effects by prompting the EU to withdraw support from Hungarian agriculture, he said.

The state purchase prices of cereals have dropped by 15-20 percent in recent years, Steinmetz noted, making farmers vulnerable while multinational companies “rake in the profits”, he said. Steinmetz, who is not a member of Jobbik, vowed to serve the interests of the farming industry if elected to parliament. In a statement later on Friday, Fidesz said that Jobbik and the Socialists had tried to undermine programmes aiming to give land to farmers.

“If it had depended on Jobbik, Hungarian farmland would still be fair game to large land owners and foreign speculators”, it said.