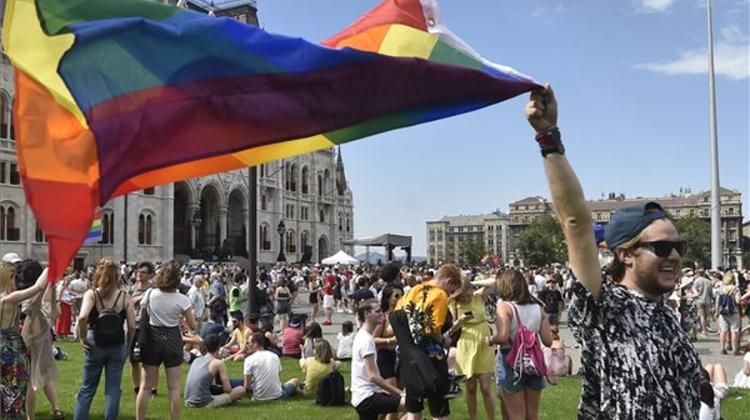 A left-wing blogger thanks the police for securing the annual Budapest Pride walk. A pro-government columnist accuses left-wing NGOs of organizing the demonstration as an act of politically motivated fear-mongering. A great victory for freedom-loving Hungarians, András Jámbor comments on the Budapest Pride walk.

The left-wing blogger celebrates as a great success a ruse by the organizers, who did not reveal the route of the walk in advance and thus achieved their goal of marching without protective barriers, unlike in previous years. Before the walk, the police announced that they would secure the route by erecting barriers to prevent anti-gay demonstrators from attacking the Budapest Pride crowd.

The organizers considered this as a violation of their freedom of assembly. Less than one hundred far-right anti-gay rights activists turned up to protest and Jámbor interprets that low number as a great achievement by the LGBTQ movement. He also praises the police for handling the situation professionally and protecting the gay rights marchers from any atrocities.

In Magyar Hírlap, Zsófia Jobbágyi accuses the pro-gay rights NGOs of alarmist fear-mongering. The pro-government commentator finds it nauseating that the organizers and other left-wing organizations tried to suggest that the government wants to curtail their right to demonstrate. Jobbágyi speculates that they were also hoping that atrocities would happen so they could blame the government for dictatorial oppression and violation of basic rights. The fact that no atrocities occurred is a clear rebuttal of such emotions, Jobbágyi concludes.