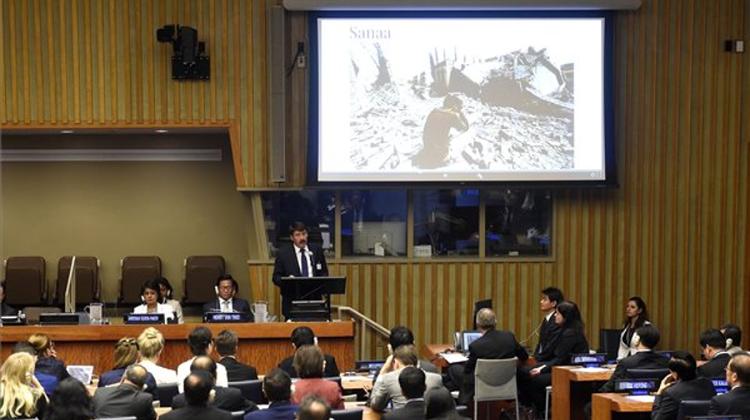 The global water crisis has become a “threatening reality”, János Áder, Hungary’s president, said at a high-level UN session on water and disasters in New York on Thursday. Summing up the social, economic, health and welfare consequences of the situation, the president said that the number of water-related disasters and the damage caused by them had increased exponentially over the recent period.

Áder made several recommendations at the session.

He proposed, for instance, that cities, provinces and federal states should also be allowed to join the Paris climate accord.

Further, the president recommended that the accord should be extended to maritime navigation, and that investment in water-related infrastructure projects should be doubled over the coming five years.

Upon the implementation of the Paris accord, he said, a system that enables greenhouse gas emissions to halve every ten years for three decades should be established.

At least a third of climate protection resources should be spent on water management projects, including water basis protection, modern irrigation, sewage recycling, desalination and flood control, he added.

Áder proposed that the UN should appoint an official in charge of water management, which he said would enable the global community to react more quickly and effectively to crises.

At present 28 agencies deal with water issues within the United Nations and one coordinates their efforts, he said.