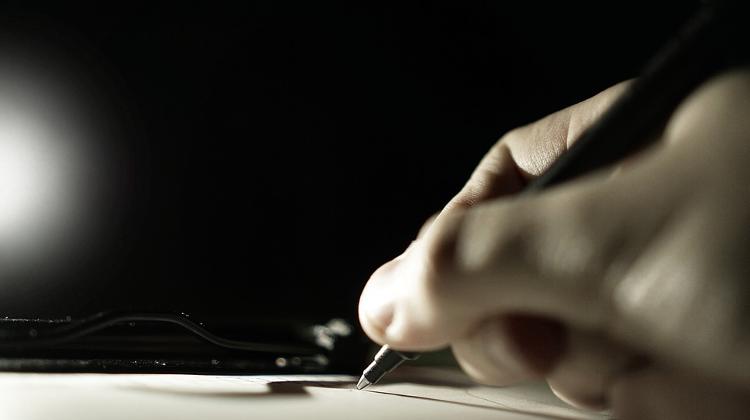 The leader of the radical nationalist Jobbik party, Gábor Vona, has called for non-partisan support for the party’s initiative, launching on Aug. 20, to collect signatures for a “wage union” within the EU. Speaking at a press conference in Eger, in north Hungary, Vona called it “outrageous” that the party’s political opponents “are politicising the issue of a wage union”.

He called on all citizens, “no matter which party they vote for”, to support the bid, insisting he would have done so had another party come up with the idea. Jobbik launched its campaign for “equal wages for equal work” throughout the European Union in March. Vona insisted the ruling Fidesz party was depriving Hungarian citizens of their material independence and freedom of thought.

The wage union would restore the citizens’ feeling of existential security, he said.

Vona was asked about comments he had made in a recent television interview in which he said that if needed, he would be willing to apologise to Roma people he had offended in the past. Asked when he had changed his opinion, Vona said his opinion about the Roma had not changed. Jobbik “is neither an anti- Semitic nor a racist party”, he insisted.

Commenting on the suggestion that he himself had talked about “Gypsy crime” in the past, Vona said that “Gypsy crime, as a criminological term, exists the same way that female crime or youth crime exist. The emphasis is not on the term itself but rather the phenomenon.”

In reaction to Jobbik’s press conference, Fidesz said in a statement that the radical party should have voted for government initiatives such as tax cuts for employees, wage hikes and the amendment to the constitution rejecting the settlement of migrants in the country. Jobbik’s campaign “is nothing but data phishing for the elections”, the statement said.