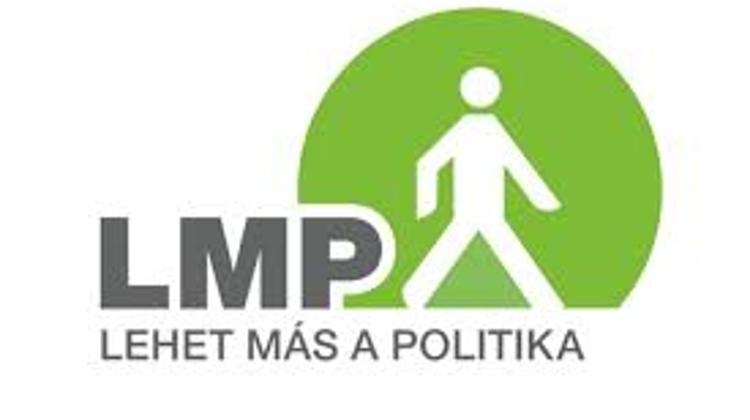 “Merkel and her colleagues don’t do business with Putin in such a secret and sneaky way.” – Márta Demeter, independent MP

The protest, organized by opposition party Politics Can Be Different (LMP) and titled “Putin, Go Home!”, featured speeches by several current and former politicians, and focused on themes of Hungary’s increasing distance from the European community and its growing ties with Putin’s Russia.

The first speaker, former LMP MP Gábor Vágó, emphasized the need to halt Hungary’s “Putinization” and to end rampant corruption. Vágó plugged a referendum he initiated that would cap the pay for CEOs of state-owned companies, which he argues would help stem corruption and expose weaknesses in the ruling Fidesz party ahead of next Spring’s general election.

Former Hungarian Socialist Party ( MSZP) and now independent MP Márta Demeter pointed out that the Monday visit to Hungary marks Putin’s sixth in four years, which she said is not necessarily a problem, but the “lack of transparency” of the visits suggests a dangerous level of influence on the part of the Russian president.

“[German Chancellor] Merkel and her colleagues don’t do business with Putin in such a secret and sneaky way,” Demeter said. She promised that “after the system change in 2018, we’re going to terminate the Paks contract” to ensure that all the details of the Russian-financed nuclear reactor project will be transparent.

Demeter argued that Prime Minister Viktor Orbán works merely for the interests of his own “strawmen” so that they may steal freely from public coffers, which is why the government does not pay adequate attention to basic national security matters such as the Paks 2 project.

LMP co-chair Bernadett Szél also emphasized the national security dangers she says the Paks 2 project poses to Hungary.
“It is totally clear in the case of Paks that this is a project of power.

They didn’t ask anyone about it, the National Security Committee hasn’t even had the chance to look into the details,” said Szél, who is a member of that committee. “This project is about nothing more than Viktor Orbán making money at any price.”

Szél complained that Hungary’s increasingly close relationship with Russia makes it seem as if “1989 had never happened.”

“Russian politicians are coming here just as often as before, the foreign minister is showing up on Russian television with similar frequency, and the Russians are building a nuclear power plant [in Hungary],” she said.

Szél repeated that a genuine system change had not taken place after 1989, and “we must execute this system change in the interests of the country.” She said Orbán (“the one who once showed the Russians the door”) now “drinks coffee and tea more often with Russian leadership than with those that belong directly to our alliance system [the European Union].”

In addition to ceasing close relationships with “all kinds of dictators and authoritarian leaders,” Hungary is in need of an outstanding education system and an overhaul of public healthcare, Szél said, adding that the HUF 250 billion (USD 980 million) invested in the Paks expansion could easily have been spent instead on Hungary’s crumbling healthcare system.


Putin is in Budapest Monday for the World Judo Championships, and will reportedly meet with Orbán for negotiations on undisclosed matters.