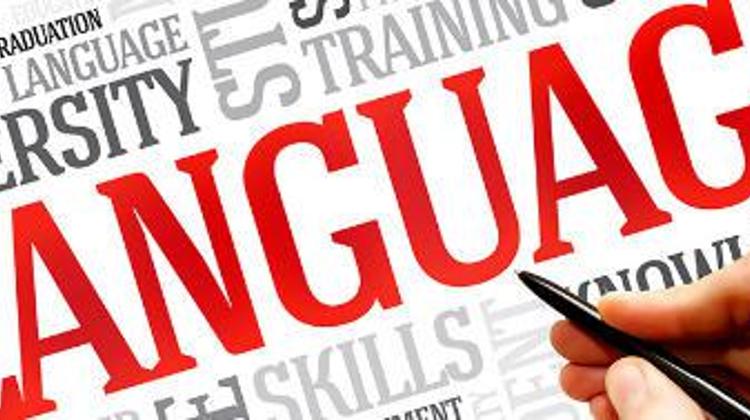 Hungarians’ subpar knowledge of foreign languages in comparison to other European countries becomes a hot topic in the media from time to time. The reasons for this periodic interest in the topic vary. There are times when an international poll is taken, from which the population can learn that Hungary is again the very last on the list.

That piece of news is usually followed by some soul-searching and analyses of the probable causes of the problem. Second, at this time of the year we normally learn that thousands of new college graduates cannot receive their diplomas because in four years they didn’t manage to pass a B2 (intermediate) language exam.

(Here are some sample English and German tests a student would be confronted with.)

Or, the occasion may be a new government decree that would change the current requirements. It just happened that in the last few months all three of these scenarios converged. A new poll was published, news came about the thousands of graduates without language certification, and the government announced its intention to require the infamous B2 exam prior to entry to college or university.

HVG called the results of a graph published by the European Commission’s Directorate General for Interpretation “shocking.” According to the graph, which the directorate general published on Facebook, the very last country out of 24 European countries is Hungary, where only 37% of adults between the ages of 25 and 64 can speak at least one foreign language.

The runner-up is Bulgaria with 39%. Among the poor performers–countries whose score is below the EU average–are Poland (62%), Italy (60%), France (59%), Belgium (58%), Greece (58%), Portugal (58%), and Spain (51%). These scores might place the countries toward the bottom of the list, but they are still way ahead of the scores Bulgaria and Hungary achieved.

Although the problem is great, it is only now that the government decided to conduct a scientific study on the probable causes for these poor results. Those who want to pass the buck try to convince themselves and others that the grammatical structure of Hungarian is the principal obstacle to learning Indo-European languages.

But, according to a survey, 69% of Finns speak one or more foreign languages. So clearly, this theory can easily be debunked.

One cannot complain about the number of hours Hungarian students spend learning languages.

For example, Hungarian kids spend 936 hours over nine years to learn their first foreign language, compared to 537 in Poland and 472 in Romania. According to foreign language experts, to pass the B2 test 500-600 classroom hours are plenty.

That is, they are competent in the languages they teach. The problem lies with the methodology. Studies show that one-third of all language teachers still use methods that are responsible for the dismal performance of their students. For example, the primary language in the classroom is Hungarian. The classes are deadly because the students mainly memorize words out of context and picayune grammatical points are discussed, for example tenses that are rarely used in normal conversation.

The mainstay of the classroom routine is a question by the teacher followed by a student answer, which is dissected and corrected right there. Once that is done comes the new victim. This practice kills Hungarians’ willingness to speak freely for fear of making a mistake.

But there are structural problems in the school system itself that affects not only foreign language learning but learning other subjects as well. That is the 8 + 4 school system, which was originally designed for the time when compulsory education ended after grade 8.

That meant that history, literature, chemistry, physics, geography, math, and a foreign language—in those days Russian—were taught on a very elementary level. Relatively few students continued their education in gymnasiums. And so, all these essential subjects were taught again, allegedly on a higher level, in high school.

Since 40-45% of grade 8 students still don’t attain the expected level of competence in the foreign language they studied since grade 4, the level of instruction must inevitably be lowered in the first couple of years of high school. Some experts claim that in many schools foreign language teaching in grade 9 begins from square one.

Then there is the problem of overemphasizing the importance of the language tests, although we know there is no clear correlation between passing the tests and knowing the language. In the Kádár regime, once someone passed an official language exam, he was set for life. Whether he needed that foreign language in his work or not, he received extra pay for the rest of his working life.

To some extent this is still the case. I read an article in which the author tried to find an explanation for those 10,000 or so students yearly who cannot receive their diplomas because in four or five years they didn’t manage to pass the foreign language exam.

The author’s explanation is that in a great number of cases the diploma-less student finds a job without that infamous B2 exam. In her opinion, the motivation is still insufficient. But I suspect that the universities themselves are in part responsible for this state of affairs because students are rarely required to use a foreign language during their years in college.

The inclusion of foreign-language articles in the list of compulsory readings would certainly provide some motivation to improve one’s language skills.

The latest government decision to require passing the B2 foreign language exam prior to entering university is a typical Orbán government move. Such a requirement would be fair only if students could learn a foreign language well enough to be able to pass this intermediate language test, but as things stand now this is not the case.

In fact, according people familiar with the situation, in order to overcome this hurdle students need extra tutoring by competent teachers from language schools. These lessons are not inexpensive, and only better-off parents can afford them. This will mean that thousands of students coming from a lower socio-economic background will be barred from acquiring a college education.

Although even the Orbán-appointed ombudsman has reservations about this plan, the government is bound and determined to introduce it by 2020. To give you an idea of the gravity of the situation, in 2016 39% of all entering college students didn’t have their B2 language exam behind them. The numbers were especially high among those who entered teacher’s colleges. Some smaller universities outside of Budapest also did very badly.

At the moment we don’t know what’s going to happen by 2020, but the government decided in June that a nationwide survey should be conducted between now and February 2018. The survey of 17,000 students will be conducted in 70 high schools and 100 elementary schools.

I must say that such a survey should have been done decades ago because the problems of foreign language teaching are at least a century old.

In the Austro-Hungarian Monarchy those soldiers who served in the k. und k. (kaiserlich und königlich) army, in which the language of command was German, managed to learn rudimentary German.

But especially after 1945, during a long period of linguistic isolation and the exclusive teaching of Russian, the situation deteriorated significantly. Unfortunately, opening the borders didn’t make a quick and appreciable difference.

It would be high time to remedy the situation, but the Orbán government’s educational philosophy is antagonistic to modern teaching methods, so desperately needed in Hungarian schools.