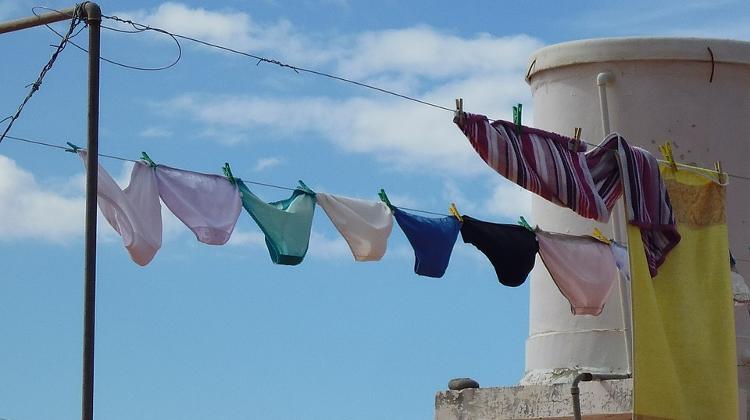 Tünde Handó, president of the all-powerful National Judicial Office (OBH), wants women employed by Hungary’s courthouses to start wearing clean panties – and they ought to be white, black or flesh-colored.

Handó’s desire for clean panties, among other aesthetic and hygienic requirements, is outlined in a new handbook that is the product of a two-month study titled The Fundamentals of Design performed for the OBH by a design team from Moholy-Nagy University of Art and Design (MOME).

According to hvg.hu, the OBH contracted MOME to draw up the handbook for the transition of courthouse management offices to aesthetically unified customer service centers. This study cost Hungarian taxpayers HUF 8 million (USD 31,000).
“Making Hungarian courthouses customer-friendly is an important step,” Handó reportedly wrote in the study.

The OBH told hvg.hu that in addition to receiving fast and effective service, those who enter courthouses should also see that the buildings and equipment are up to par. About HUF 500 million has been allocated for this in next year’s budget.
But the standardization of courts will not stop at the appearance of the buildings – the handbook also comes with recommendations for work attire.

According to hvg.hu, black and white work attire is recommended. Courtesy of the OBH, the ladies would receive silk scarves and men would receive neckties — all to match the new interior design elements of the courthouses to make employees more identifiable.

“The general freshness of the scent of one’s body must be taken into consideration; strong or overly-applied perfume is to be avoided,” the handbook reads.

As hvg.hu points out: “The courts have also declared war on fake nails, bright hair clips and scruffy hair. Men will be allowed to wear one pair of either stud or hoop earrings. Stubble is forbidden but goatees are accepted.”

According to hvg.hu, the most humiliating aspect of the handbook might be the section that lays out a week’s-worth of outfits — listing each piece of attire, including undergarments.