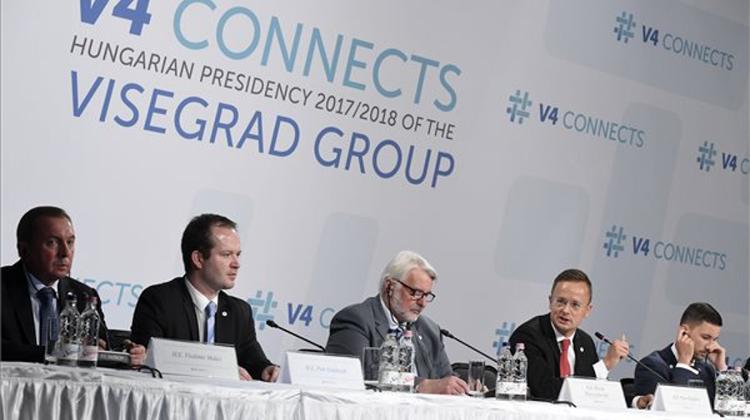 This is unacceptable,” Szijjártó said in response to a question about EU-Poland relations after talks between EU and Eastern Partnership country officials.

It would be preferable if EU institutions “focus on doing their real jobs instead of singling out ... and chastising certain member states for no reason”, the minister said.

The EU’s security situation “has never been as bad as it is now”, Szijjártó said, adding that Hungary would not support any EU measure that would hurt Poland.

Meanwhile, Szijjártó said that whereas the EU was experiencing “expansion fatigue”, the V4 was committed to further EU integration and speeding up this process with respect to the western Balkans. He said he was hopeful that the number of EU member states would increase in the near future, adding that “we reject the European Commission president’s declaration that there will be no further expansion of the bloc in the next five years”.

Asked about a recent visit to central Europe by French president Emmanuel Macron -- who met the Czech and Slovak premier but not Hungary’s and Poland’s - Szijjártó said that attempts had been made in the past to disrupt the V4 but to no avail. He said V4 cooperation would continue to be the most effective and closest alliance within the EU.

He also noted that the PMs of the V4 had already met the French president in June.