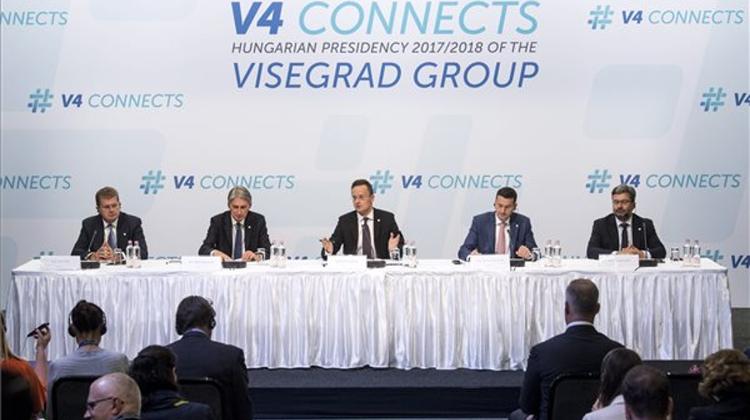 Britain and the European Union must negotiate as comprehensive and broad free-trade deal as possible so that economic, trade and investment cooperation remains free of obstacles, the foreign affairs and trade minister said after meeting his Visegrad Group counterparts and British Finance Minister Philip Hammond in Budapest on Thursday.

Speaking at a joint press conference after the talks, Péter Szijjártó said that if Britain and the EU failed to sign a comprehensive agreement, UK–EU trade would be regulated by the rules of the World Trade Organisation (WTO), resulting in an imposition of tariffs “which hopefully nobody wants”.

The minister underlined the importance of protecting the rights of EU citizens working or studying in the UK after Brexit.

He said Hungary, the Czech Republic, Poland and Slovakia were right to prepare together for potential risks and economic challenges that could arise from Britain’s exit from the bloc.

Szijjártó said Hungary’s interest lay in a predictable result to the Brexit talks for businesses and economic players. He said Britain was Hungary’s 11th largest trading partner, adding that Hungary has a 2 billion euro trade surplus with the country. Britain is the sixth largest investor in Hungary, with 800 British companies employing more than 50,000 people, he added.

The minister also said Britain and the EU should also work to uphold the closest possible cooperation on security policy. Asked about Hungary’s goal of eventually introducing the euro, Szijjártó said a country should only adopt the single currency if both itself and the euro zone are “100 percent ready” for it.