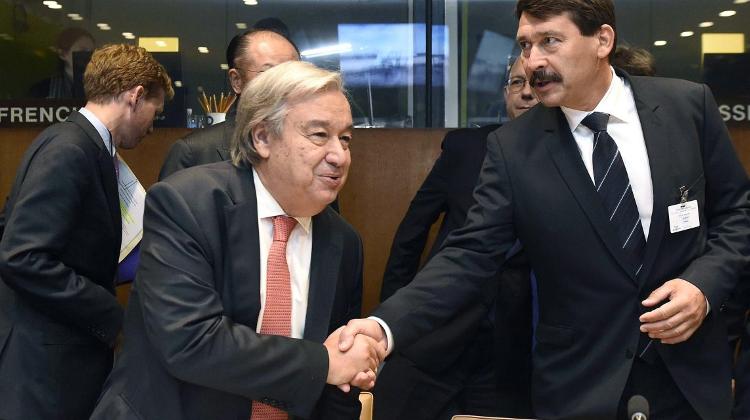 The HLPW was convened in 2016 by UN leaders and the World Bank Group for a period of two years to address global issues connected with water management and sanitation. Guterres told the meeting that the worldwide water crisis had worsened since the body was convened, Áder said.

Citing World Bank figures, he said that over two billion people in the world do not have access to drinking water of sufficient quality and 4 billion lack access to satisfactory sanitation services, Áder said. “If we fail to address the looming water crisis effectively, armed conflicts could ensue”, Áder cited Guterres as saying.

Áder cited the case of Jordan as an example. The second driest country in the world now spends 5 percent of its GDP on catering to migrants fleeing conflicts in the Middle East, he said. “If we add the consequences of climate change such as the dramatic fall of water quantity per person, rivers drying out and social tensions, as well as another wave of migration from countries hit by climate change, we can appreciate the level of the conflict Jordan could face”, he said.

In the time remaining of its two-year mandate, the HLPW will work to raise awareness of the dangers of an imminent water crisis, Áder said. “We should not only speak of investing in water management but also put the message across that water management is also a good investment opportunity”, Áder said.

“With sufficient political will and support we can find the resources and forms of financing to reduce the risk of a water crisis,” he said.