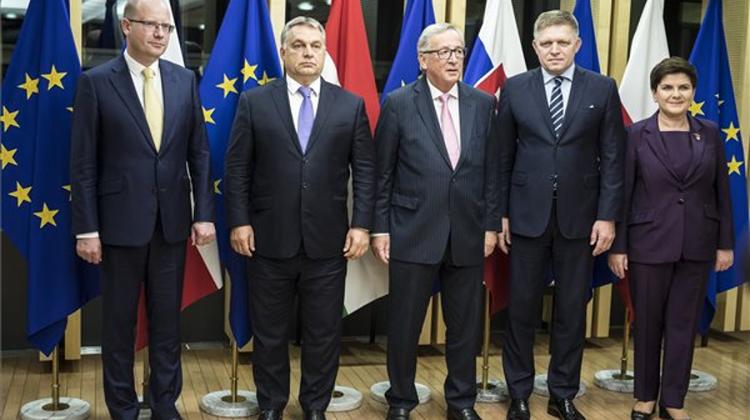 The European Parliament has started implementing the “Soros plan”, as the EP’s commission on civil liberties, citizenship and home affairs (LIBE) has adopted a report on amending the Dublin Rule, Prime Minister Viktor Orbán said on Friday.

Speaking after a summit meeting of European heads of state and government in Brussels, Orbán said that “no less is in the barrel than a bullet, which would introduce a permanent (migrant) distribution mechanism with no upper limit, which translates as a mandatory resettlement quota.”

LIBE’s report “neglects the hazards of there being a connection between migration and terrorism,” Orbán said, adding that the amendment would also restrict the powers of member states. “So far, it has been our competency to determine who can stay in Hungary, but the European Parliament has launched an attack stronger than ever before against our sovereignty,” Orbán insisted.

He added that “national unity would come in handy” in a situation like this, but Hungary’s opposition parties “support Brussels’ immigration policy based on the mandatory quota“. Orbán pledged, however, that “as long as Hungary has this government and I am at the head of it, there will be no resettlement or migrant quota of any kind in the country.”

He added that he expected “hard and lengthy” debates on the matter. Despite “worrying differences on certain issues” between the Visegrad 4 group and the European Commission, the working dinner of the V4 leaders and EC President Jean-Claude Juncker on Wednesday night was successful, Orbán said. There is a good chance to improve cooperation, he said.

The differences in the parties’ views on Europe’s future and migration are rooted in cultural rather than political discrepancies, he said.

“The meeting was nevertheless successful”, Orbán said. “We have cleared up a number of misunderstandings, and managed to tell Mr Juncker that we wanted more respect for central European people, Hungarians among them”.

On another subject, Orbán urged that talks with Montenegro and Serbia on their EU integration should be accelerated, and argued that accession of those countries would “stabilise the EU in the Balkans”.