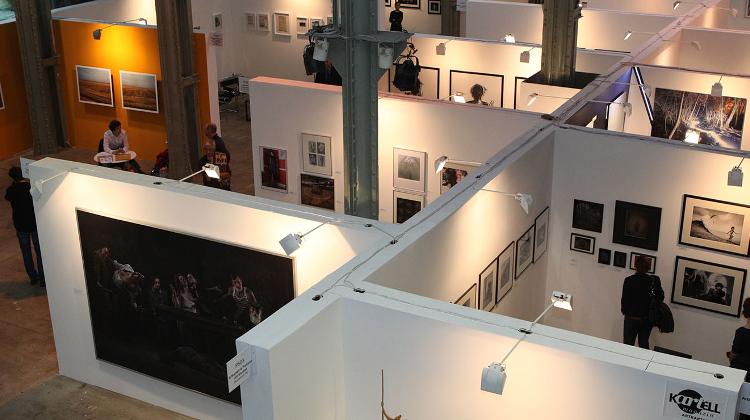 Art Market Budapest presents 40 galleries, among which MART are the only Irish representation, according to a press release. The event is described as "Eastern Europe’s leading international art fair - it thought-provokingly combines inspiring artistic content originating from the now emerging regions in and beyond Europe."

Art Market Budapest extends into Art Week Budapest, which includes a series of related events, programs, discussions and workshops with the participation of many cultural communities.

MART Gallery says it aims to establish experimental Irish contemporary art as a visible, vibrant and progressive contributor to the international art scene.

James L. Hayes is an artist based in Cork. His predominantly sculptural practice also encompasses multi-disciplinary and sensory based sculptural installations. Hayes’ current work and research practice reinvests a modernist sculptural language. He has won numerous awards and grants to support his practice and is the principal lecturer in Sculpture at the Crawford College of Art, Cork, Ireland.

Jane Fogarty is based in Dublin. Painting and its ontology are central to her creative process and the rationale of her work. She is interested in the various ways in which we interpret and understand the passing of time and how this translates into visual language. Though her work is an exploration of painting, her artistic output has for the most part been sculptural. Working in three-dimensions allows Fogarty to explore the individual components of a painting. These include surface, support, structure, materiality, time, composition and color.

David Lunney is also based in Dublin. His artistic practice involves the undertaking of protracted art processes. Typically, these processes start with the construction of site-specific sculptural works in The Dublin Mountains and other rural areas in Ireland. These sculptures are generally created less for their inherent value but rather to provide photographic source material for documentary artworks.