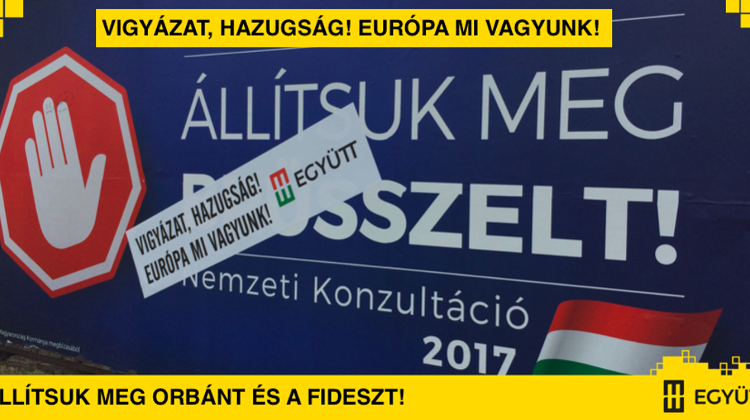 Hungary’s democratic opposition will hold a joint protest at Kossuth square outside Parliament on the October 23 national holiday, reports Index.hu.

The protest, announced in the name of the Common Country Movement (Közös Ország Mozgalom) by Márton Gulyás, will be attended by prominent civil society members and six opposition parties:

In Hungary, the democratic opposition refers to such parties but minus extreme-right Jobbik. According to Gulyás, the listed parties will stand united to demand the abolition of injustice and the power that is causing it. The aim of the protest, Gulyás argues, is to define the requirements that the Hungarian society demands from a “new, just power.”

Although this protest could have been a great opportunity for the parties to show that they can cooperate in order to fight Prime Minister Viktor Orbán and his party after months of disappointing in-fights and war of words, a full-scale opposition show of force will have to wait as both Politics Can Be Different (LMP) and Momentum Movement eventually declined the invitation.

Momentum earlier said that it would only participate if all other parties who signed the joint declaration on election reform join the protest. In a statement, Momentum wrote that to them this protest is about standing for election reform.

However, as LMP made it clear that although they consider Gulyás’s initiative important, they will not participate in the joint demonstration, Momentum declined as well, and will hold a separate demonstration after the joint protest at Szabadság square to “send a message to the political elite that the time for the political generational change has come.”

LMP co-chair Ákos Hadházy told Index.hu that the party still welcomes the achievements of the Common Country Movement, but LMP thinks October 23 is a more important national day than using it for talking about cooperation techniques.