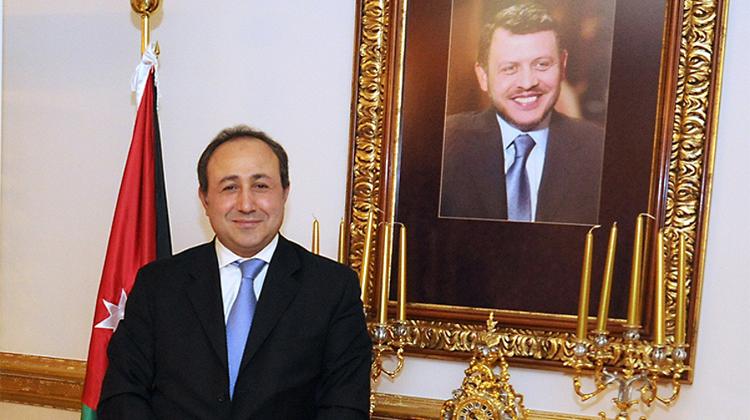 Zaid Naffa, honorary consul of Jordan and business partner of the late Ghaith Pharaon, poses a security risk and may not apply for Hungarian citizenship according to Hungary’s Counter-Terrorism Centre (TEK), Index.hu reports.

In 2o14 the Jordanian businessman (pictured, left) submitted the visa request of Saudi businessman Pharaon. Despite being wanted for fraud by both the United States Federal Bureau of Investigation and Interpol, Pharaon was issued a visa and in February 2016 subsequently applied for Hungarian citizenship. Reported to have business dealings with Prime Minister Viktor Orbán’s son-in-law István Tiborcz, the Saudi purchased a property next to Prime Minister Viktor Orbán’s Buda residence.

In July independent MP Márta Demeter requested information from Minister of Interior Sándor Pintér about the national security vetting of Pharaon, who had also been accused of financing terrorist organizations in the Middle East. Pintér simply dismissed the question, arguing that as Pharaon had died in January he finds any subsequent questions regarding his person “fairly gratuitous.”

Dissatisfied with Pintér’s response, after joining Politics Can Be Different (LMP), the former Socialist MP requested Pharaon’s dossier from the Budapest Government Office. According to Demeter, Pharaon’s naturalization application lacked crucial information, namely his motivation to acquire Hungarian citizenship, his criminal record, his photo and fingerprints.

It also turned out that eight other foreign citizens applied for Hungarian citizenship, including Pharaon’s host, Zaid Naffa. All nine individuals gave Naffa’s address, which is also that of the honorary consulate, as their address.

In addition to hosting Pharaon, Naffa applied to extend his visa, claiming that the Saudi businessman had no income and was financially supported by Naffa. Inexplicably, the Immigration and Asylum Office (BÁH) accepted this explanation even though Pharaon owned several properties in Hungary.

According to Demeter, Pharaon passed the national security vetting despite Hungary’s Counter-Terrorism Center (TEK) characterizing him as a national security threat. This is inexplicable given that BÁH is required to reject the applications of those deemed a security risk by either TEK or the Constitution Protection Office.

The Naffa family arrived to Hungary in the 1980s. Zaid first studied mechanical engineering at the Budapest University of Technology and Economics. In the 1990s his family was involved in several now-defunct businesses including Jordan Tours and Aqaba Tours and a car trade company. According to an earlier portrait by Index.hu, Zaid Naffa came close to being declared persona non grata in 2005 after an investigation into Jordan Tours revealed a gold smuggling operation. However, the Naffa family’s ties to the Hungarian political elite ensured that charges were never pressed.

Zaid Naffa became the honorary consul of Jordan in 2003, a position he has held ever since. Enjoying a good relationship with the Socialist administrations between 2002 and 2010, the Naffa family received important positions after Fidesz came to power in 2010.

His brother Osama was a director of sales overseeing trade with Arab countries at the Hungarian Trading House between 2013 and 2015. In 2014, freshly appointed Minister of Foreign Affairs and Trade Péter Szíjjártó recalled the Hungarian ambassador to the United Arab Emirates appointed the previous year, only to award the position to Osama Naffa despite having no experience in diplomacy. In 2016, Zaid Naffa was photographed on two occasions meeting with Orbán’s son-in-law, István Tiborcz and Pharaon’s Jordanian lawyer.

Although Index.hu attempted to obtain further information regarding the national security vetting of individuals applying for Hungarian citizenship, TEK refused to provide answers.