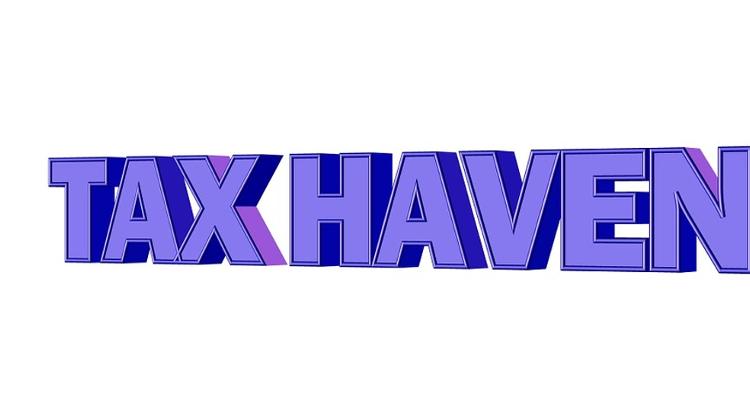 One and a half year after the story of Panama Papers broke, another huge leak shed light on the operations of tens of thousands of offshore entities. Several Hungarian companies and individuals appear in the 13.4 million leaked files, though this time there are no politicians among them. Still, the documents reveal details of hitherto unknown business dealings of some influential Hungarian public figures.

Some of the major findings:
• Istvan Nagy, Hungary’s ambassador to Bern, Switzerland, who is known to have a close personal relationship with Prime Minister Viktor Orban, was a director in a company linked to the wealthy Thyssen-Bornemisza family.
• Two of Hungary’s biggest banks, OTP and MKB, hired an offshore service provider company to get legal advice on a real estate development project in Seychelles. The project belongs to Sandor Demjan, one of Hungary’s wealthiest people.
• The state-owned Eximbank also hired, through a law firm, the same offshore service provider company for one of its projects.
• The files contain details about two now-defunct offshore companies linked to Andrew Vajna, the former Hollywood producer who is currently a government official in charge of the Hungarian movie industry.
• The documents reveal details about the business operations of George Soros, the Hungarian-born US billionaire, who is now the target of an aggressive campaign run by the Hungarian government.

The new files come from two offshore services firms, Appleby based in Bermuda and Asiaciti Trust based Singapore, as well as from 19 corporate registries in jurisdictions known as part of the global shadow economy. The leaks were obtained by German newspaper Süddeutsche Zeitung and shared with the International Consortium of Investigative Journalists and a network of more than 380 journalists in 67 countries. From Hungary, Direkt36 was the only journalism organization participating in the project.

The corporate registries examined by the international team included that of Malta. We have identified more than 560 Hungarian individuals in the Maltese records. We will publish our findings concerning them later.

Offshore companies, which are often registered in exotic countries, are generally used for two purposes. One of them is to minimize the tax burden on the income made by a company or a person in other countries. Since the ownership data of these entities are in most cases very hard to access, these companies are also used for hiding assets or conducting shady businesses. It is because of these two characteristics that, even though owning or using offshore companies is lega,l there have been major international efforts to crack down on their use.

This is not the first time that a big amount of leaked documents provide insight into the secretive offshore world. In April 2016, it was another joint project carried out by Süddeutsche Zeitung and ICIJ that became known as the Panama Papers.

Later, the same partners published stories based on the leaked data of 175 thousand companies registered in the Bahamas. Direkt36, as the only Hungarian participant of those projects, revealed that Zsolt Horvath, a former MP from the governing Fidesz party, had hidden offshore companies. We also exposed that the wife of a prominent opposition politician, Laszlo Boldvai, also had an offshore company with an account at a Swiss private bank.

One of the most remarkable Hungarian figures appearing in the documents is Istvan Nagy, Hungary’s ambassador to Switzerland. Nagy has been in this position since 2013, but, according to an interview he gave to Mandiner, he has known Viktor Orban since the 1990s. Nagy spent decades in the banking sector, working in senior positions in the United States, Europe, and the Middle East.

The leaked records show that he has had close ties to the Thyssen-Bornemisza family, the heirs of a wealthy and influential German-Hungarian dynasty.

The German Thyssens launched their company, which later became an industrial giant, in the 19th century. They picked up the Bornemisza name when one family member, Heinrich Thyssen married Hungarian Baroness Margaret Bornemisza at the beginning of the 20th century. In recent decades, the family has primarily been known for their rich art collection presented in a Madrid museum, bearing the Thyssen-Bornemisza name.

Documents dated from the 2000s show that the family’s wealth has been managed by several companies, including Fragonard Limited, a firm registered in the British Virgin Islands. According to the files, one of the directors of this company is Istvan Nagy. His name appeared in documents concerning a 2008 deal, when Fragonard created a trust with the assistance of Appleby Trust Cayman Ltd. Nagy was not an ambassador at the time but he already had connections to the Hungarian state. In 2001, during the first government of Viktor Orban, he was appointed as Hungary’s honorary consul in Geneva, Switzerland. He held this position until his appointment as ambassador in 2013.

Nagy did not respond to Direkt36’s questions sent to his office nearly 4 weeks ago.

Atlatszo, a Hungarian news site, recently reported details about Nagy’s relationship with the Thyssen-Bornemisza family. According to the article, Nagy became the president of the Otto Habsburg Foundation, which was set up by the government. Atlatszo also reported that Nagy has a close relationship with Francesca Thyssen-Bornemisza, the wife of Karl von Habsburg. The article contained a photo taken from Nagy’s Instagram, showing the ambassador and Francesca Thyssen-Bornemisza, as they were standing arm-in-arm in front of an airplane. (Nagy’s Instagram page is closed now; his photos are not available.)

The leaked records reveal details of a project, in which some of Hungary’s most influential people and companies have been involved.

In 2014, OTP, Hungary’s biggest bank, and MKB, another major Hungarian bank, requested legal advice from Appleby through a law firm regarding a project on Seychelles, the records show. The banks gave loan to three firms: Polus Investment Limited, Polus Management Limited and Luxury Resorts Travel Agency Limited. The leaked files do not contain details about the project. However, Granit Polus Group, a Hungarian real estate development company founded and led by Sandor Demjan, one of Hungary’s richest people, lists the building of a Seychelles luxury resort among its ongoing projects on its website.

According to the site, a company named Polus Investments is in charge of the project. http://granitpolus.com/#portfolio

Erno Koncz, head of communications at Granit Polus Group, confirmed that OTP and MKB provided loans for the Seychelles real estate development, but he added that the two banks are not part of the project any more.
The website of Granit Polus Group lists Sandor Csanyi, chairman and CEO of OTP, as the Group’s co-founder and shareholder. Koncz said, however, that Csanyi has not been involved in the Seychelles project and in the three companies to which his bank provided loans. Csanyi, through one of his aides, also told Direkt36 that he had not been involved in the luxury resort development.

MKB Bank declined to comment, saying that bank secrecy laws prevent them from answering our questions.

Vajna in the Caribbean

Andrew Vajna, the former Hollywood producer famous for movies like Terminator 2, now having close ties to the Hungarian government both as a media owner and as a government commissioner in charge of the country’s movie industry, appears in the Aruba company registry. Aruba, the small Caribbean Island belonging to the Dutch Kingdom, is one of the well-known offshore jurisdictions. Vajna appeared as a supervisory director in two Aruba companies, Twinfalls Corporation and Twinfalls Corporation II. The first company was founded in 1988, the second in 1990. Both were liquidated in 2004.

At the beginning of this period, the Hungarian-born Vajna was still active as a Hollywood movie producer, and, according to the leaked files, the Aruba companies were created „to finance, produce, acquire and distribute films”. In Twinfalls Corporation, Vajna’s long-time business partner, Mario Kassar, also appeared as director. Vajna and Kassar co-owned Carolco, the producer of their most successful movies.

According to US press reports, Vajna and Kassar had been the subject of a federal investigation and a tax inquiry because of their financial dealings. „At one point in 1996, the IRS was seeking $109.7 million in back taxes and penalties from the two men – $68.6 million from Kassar and $41.1 million from Vajna – with both men the subjects of a criminal investigation by federal authorities,” The Los Angeles Times reported.

Later both procedures ended without reprimanding Vajna and Kassar, though, according to documents cited by the Los Angeles Times, „Vajna has agreed to pay more than $6.5 million in back taxes but no penalties.” http://articles.latimes.com/2001/dec/26/business/fi-hollytax26

We sent several questions to Vajna about the two Aruba companies, including whether the official inquiries concerned them, but his press office responded only with a brief statement, saying that the now-defunct companies „belonged to Carolco Pictures Inc.”

According to ICIJ’s story, private equity funds controlled by Democratic mega-donor George Soros, a hedge fund billionaire, use Appleby to help manage a web of offshore entities, including an investment in one company engaged in reinsurance, or insurance for insurers. Soros declined to comment when ICIJ approached his office.

The Hungarian-born Soros’ charitable organization, the Open Society Foundations, is a donor to both Direkt36 and ICIJ. The Hungarian government is currently waging an aggressive campaign against Soros, alleging that he is behind pro-migration policies in the European Union.

The Turbines of Eximbank

Eximbank, a state-owned Hungarian bank recently known for its deals that help businessmen with ties to the government, also appears in the leaked records.

Appleby was approached by the law firm of Deloitte’s Hungarian branch to ask for assistance regarding Eximbank’s financing of a Hungarian gas microturbine producer. It is not clear from the documents, which were dated in 2015, what exactly was expected from Appleby.

The files do not reveal the name of the gas turbine producer either. Both Eximbank and Gabor Erdos, the head of Deloitte’s law firm, refused to answer our questions citing confidentiality rules mandated by law. In response to a question, Erdos added that this was not the only time when his law firm represented Eximbank. He emphasized that, as always, they were hired through a competitive application process.