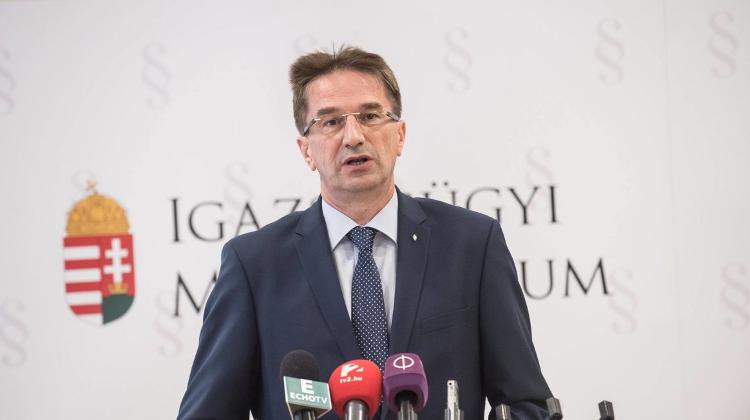 Hungary justice ministry has slammed the European Commission’s imposition of what it believes are unjustifiably short deadlines for Hungary to respond to its queries in connection with high-profile infringement procedure cases.

The government will apply the regular two-month deadline rather than the one-month timescale specified by the EC in sending its reply to the commission’s reasoned opinion concerning the law affecting NGOs financed from abroad, the justice ministry said in a statement on Monday.

The ministry rejected what it believed was the EC’s “unjustified and adverse” imposition of deadlines for Hungary. It noted that the commission stepped up its infringement procedure against Hungary over the NGO transparency law on October 4 by sending its reasoned opinion.

The commission gave Hungary one month to amend the law and bring it into line with European regulations as opposed to the regular two-month deadline.

This means that Hungary has until November 5 to send its reply, the ministry said. This marks the fifth time in seven months that the EC has set a deadline of one month or even less for Hungary to respond to its official queries, the ministry added.

The ministry said Hungary has had to work with “unnecessarily short deadlines” in the cases of three complicated infringement procedures: the migrant quota issue, the NGO transparency law and the amendment to the higher education law.

State secretary Pál Völner told MTI by phone that the ministry took offence to the EC having shortened its deadlines for Hungary on seven occasions. Hungary was given deadlines of one month on six occasions and at one time a two-week deadline, he added.

The state secretary said all three matters were linked to US financier George Soros. He noted that Soros is the founder of Budapest’s Central European University, which has been affected by the amendments to the higher education law. Similarly, the NGO transparency law is being challenged by civil groups backed by the billionaire.

Soros is also linked to the quota issue by pushing for the implementation of a migrant “relocation mechanism”, he insisted. Völner said it was “unacceptable” that the EC was trying to force Hungary’s hand on the issues in question by “making an example” out of it.

Hungary has so far complied with every deadline but believes it is “legally nonsensical” to shorten the deadlines in these three high-profile cases, he added.