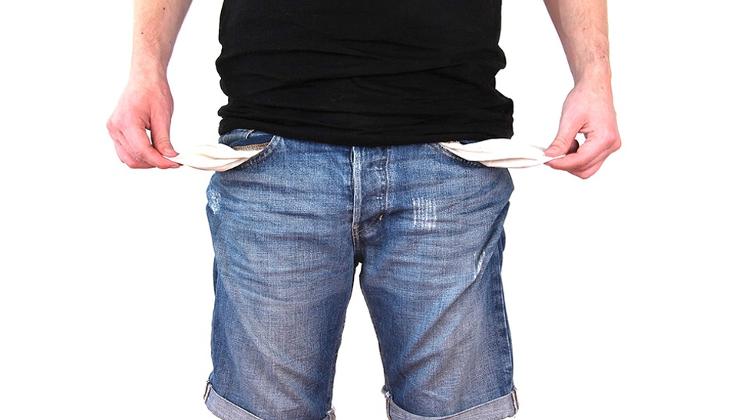 Nearly two-thirds of Hungarians do not have enough savings to sustain themselves for a single month in the case of a sudden interruption in income, according to a public opinion poll on the financial situation of Hungarian families, Népszava reports.

The poll, conducted by pollster Kutatópont Kft. and titled Jó Állam Jelentés (“Good State Report”) also showed that only 1.2 percent of Hungarians could sustain themselves for longer than a year in the case of loss of income, which, according to Népszava, shows a level of financial vulnerability among the population that suggests a high level of dependence on the state, especially among particularly vulnerable groups such as the unemployed, those living alone and children.

On a 10-point scale, the study found that Hungarians are satisfied with their lives at a level of nearly 7 on average. According to an interview given to Népszava by sociologist Zsuzsa Ferge, however, this number is much lower in an international comparison where Hungarians rate themselves only around 5.2. Only residents of Scandinavian countries rate their life satisfaction above 7, Ferge said.

Other responses from Hungarians showed that they are not satisfied with the social welfare system in the country. 63 percent thought that social aid was too low, while 71 percent thought the pension system was unfair. 77 percent disagreed it is possible to raise two children on a single salary in Hungary, while 68 percent did not think the state is providing decent livelihood to pensioners.

A vast majority of respondents agreed that a large-scale increase in state investments in the health care system, job creation, education, social security and economic development is necessary.

According to the data, people have the least trust in political parties, the pension system and in the country’s leadership, while they trust the most in their families, friends and the fire department.