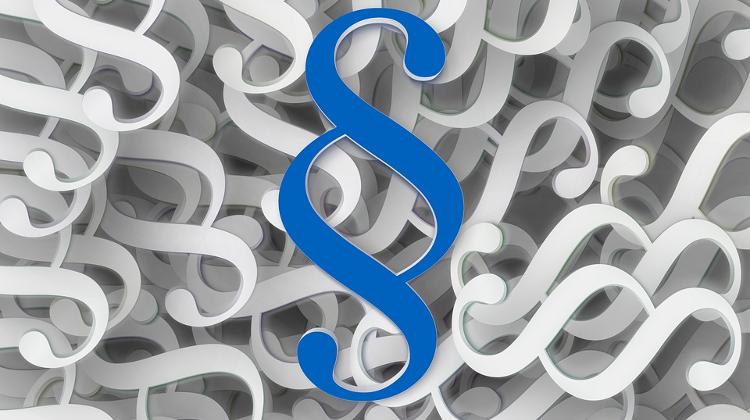 In an interview published by HVG last week, criminal court judge Veronika Dénes, renowned for using the “special behavior rule” to mete out creative sentences, such as requiring Holocaust-deniers to read books on the subject in lieu of imprisonment or fines, announced plans to take early retirement because she is “tired emotionally and physically.”

The increased caseload assigned to certain judges, the constant writing of reports, and the general climate in Hungary has taken a toll on her, she says.

“I no longer felt good working at the court. For the most part, I have had to preside over the cases of vulnerable, humiliated, and incredibly poor people.

My cases were predominantly family abuse and child endangerment. But I have also presided over small cases of theft from grocery stores. It no longer feels right to preside over cases where someone is charged for stealing 20 decagrams of cheese or a soup-seasoning cube.

The frequency of these cases means that a long list of sentences must be passed down for such petty crimes. We all know where it is we live and what is happening around us, so it feels especially bad to pass sentences in cases where an offender steals a 120 Ft (USD .45) crossword puzzle magazine. I could also no longer ignore the fact that the word ‘law’ no longer means what it used to, it has lost its prestige,” she told HVG.

More excerpts from the interview:

“Hate crimes are most often the result of ignorance. That is why I thought it would be good to require young Holocaust-deniers to read about that era. In the first such case I applied such a sentence, I allowed the offender to choose whether he (or she, no gender was specified) wanted a suspended prison sentence. But to receive the suspended sentence and parole, the offender must choose to visit either the Páva Street Holocaust Center on three occasions, Auschwitz, or Yad Vashem — and then make a presentation on what was seen on the trip.

My ruling was bounced to an appeals court twice, but the offender eventually chose to visit Páva Street Holocaust Center. The final legally-binding ruling pointedly [addressed me] by saying that it is not the duty of judges to provide ideological education. I accepted this, but it did not stop me from requiring more young people to read books about the Roma or Jews.”

“‘Criminals should go to prison,’ is what the average person thinks, but judges must refrain from meeting such expectations. Our job is to render rulings based on the law and our own good conscience. I am less convinced that we can accomplish more with outright harshness. My ‘favorite punishment’ was the suspended prison sentence. I had to explain to the accused – who were mostly uneducated, poor and downtrodden individuals – what this meant. I told them I was giving them a heavy, rusty key and that going forward it was up to them to open the prison gate in front of them. They understood this. There were only a few instances where offenders I sentenced with suspended prison sentences actually had to be locked up.”

On whether Dénes regrets any of her earlier rulings: “After the [political] system change, when there was a sudden mass influx of defamation suits filed because of press reports, I was eager to establish the guilt in cases where it wouldn’t even cross my mind to do so today.”

On what it is like to be a judge today: “The increased caseloads and the constant reports have diminished the sense of well-being among judges. The Central District Court of Pest is probably the second-largest local court in Europe. It is an enormous conglomerate with a great deal of cases, where the success is measured in compulsory performance. If you resolve many cases and are never late with your reports, then you are a good judge.

There was a year when I had 330 cases, but by the time I left, I had about 90-100 cases on my hands. All the while, there are courts outside Budapest where the average number of cases for judges is somewhere around 30. It does not help a judge’s sense of well-being if they have to write a report about why they decided not to attend a meeting of judges because they had to work. It’s about time this situation [dawns on] the responsible leaders.”