U.S. Department Of State To Promote Media Plurality In Hungary 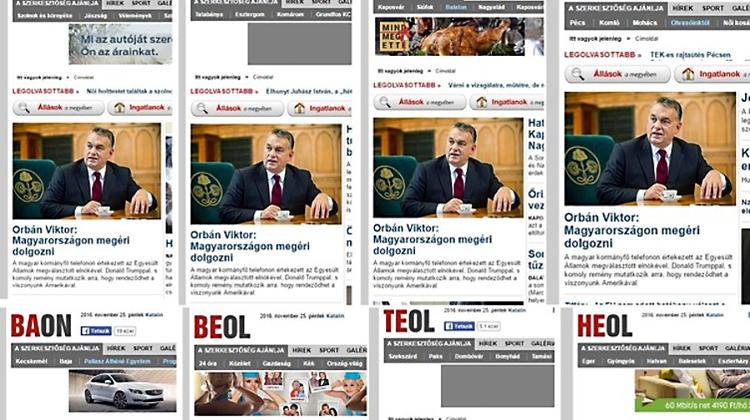 The U.S. Department of State has issued a call for proposals as part of a USD 700,000 program intended to support fact-based reporting in Hungary, particularly in the countryside.

According to the tender appearing on the Department of State’s website, the object of the program is to support media outlets operating outside the capital in Hungary to produce fact-based reporting and increase their audience and economic sustainability.

The program should increase citizens’ access to objective information about domestic and global issues of public importance, by enhancing local media’s ability to engage a larger audience, including their print, multimedia, and online readership. The program should improve the quality of local traditional and online media, and increase the public’s access to reliable and unbiased information.

According to the description, there is to be a single winner who would receive the first installment between May and June 2018, presumably so as not t0 interfere with next year’s national election in the spring.

According to 444.hu’s sources familiar with the workings of the U.S. Department of State, the application bears a strong relation to US Chargé d’affaires David Kostelancik’s October 17 speech at the headquarters of the Hungarian Association of Journalists in Budapest.

“Government allies have steadily acquired control and influence over the media market, without objection from the regulatory body designed to prevent monopolies. Most recently, companies affiliated with pro-government figures acquired control of the last remaining independent regional newspapers,” Kostelancik said.

It is not coincidental that the Department of State aims its support at the countryside and not the capital, as all of Hungary’s 18 daily county newspapers are owned directly or indirectly by a few Fidesz-tied oligarchs.

Prime Minister Viktor Orbán’s childhood friend and mayor of Orbán’s home village of Felcsút, Lőrinc Mészáros, alone owns 194 publications in the country. Since Fidesz’s takeover of media outside of Budapest, there have been multiple occasions when all 18 county dailies were published with the same front page.

Hungarian news site 444.hu stresses that this recent move of the Department of State shows that US-Hungarian relations have hit a new low, noting that this is the most spectacular move by American diplomacy since 2015 when the United States banned senior officials of the National Tax and Customs Administration of Hungary suspected of corruption, from entering the United States.