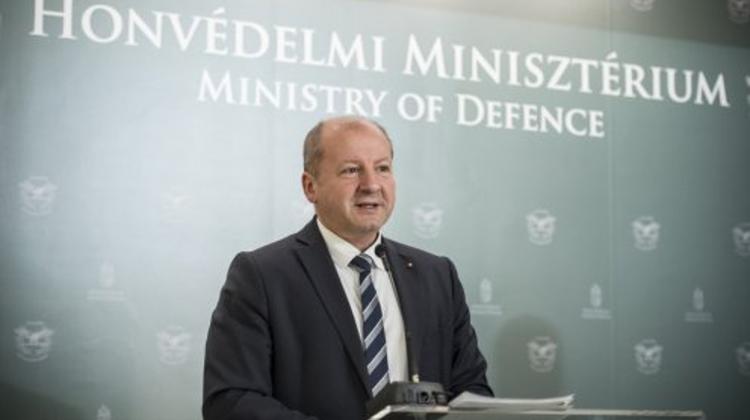 Speaking at a press conference in Budapest on Wednesday, Minister of Defence Dr. István Simicskó announced that the Hungarian Defence Forces (HDF) purchase two A319 Airbuses, adding that the planes will enter service with the HDF.

The politician stated that the HDF do not purchase any government aircraft. He explained that prior to the procurement of these planes, a working group had examined the ways other countries are developing the airlift capability of their own armed forces.

The two Airbuses are expected to arrive in Hungary in a few weeks. According to plans, they will be used to transport a Hungarian troop rotation to Afghanistan next spring, Dr. István Simicskó said.

The minister said that although new A319 aircraft are priced at EUR 70-80 million, the HDF have purchased these two 8-9-year-old planes at less than half of that price.

Dr. István Simicskó said that the aim is to ensure the continuous and phased development of the Hungarian Defence Forces, in the interest of which the Zrínyi 2026 National Defence and Armed Forces Development Program has been worked out. Its first element – relating to the esteem of soldiers and the modernization of their individual equipment – has already been launched. The next step will be the establishment of the airlift capability of the Hungarian Defence Forces, and “consensus with the opposition parties seems to be emerging” on its necessity, the minister said.

The Minister pointed out that the Hungarian Defence Forces have been engaged in foreign missions in 14 countries, so the transport and evacuation of troops, or in a given case the evacuation of Hungarian citizens from crisis zones must be ensured as well.

The purchase of these aircraft will put an end to an “unworthy and shameful” situation in which Hungary is at the mercy of others, the minister stated.

Dr. István Simicskó told the press that the An-26 transport planes are 40-45 years old, so they must be replaced, and therefore a tender will be announced for the purchase of new transport aircraft.

The Minister of Defence stated that the next period will see some “substantial changes” concerning the airlift capability of the Hungarian Defence Forces.

Chief of Defence Gen. Dr. Tibor Benkő noted that due to the shortfalls in proper air transport capacity, the Hungarian Defence Forces have already been left at the mercy of others in several situations, for example in Iraq during a flight ban imposed on civil air traffic.

This year the HDF had to rent airplanes on 55 occasions. Moreover, last year and this year, there have been several occasion when troops had to be urgently transported home from areas of operations, he added.

According to the Chief of Defence, the Hungarian Defence Forces are now “living in historic times”. He told the press that ever since he has been a soldier – that is, in the last 43 years – there have not been any developments comparable to the “aircraft capability elements” of the Zrínyi 2026 program.

Dr. Tibor Benkő said that the HDF have managed to achieve good value for money in the purchase of the two Airbuses.

The cost of purchase does not only cover the aircraft but also the training and preparation of aircrews and ground crews, and the creation of operating conditions at Kecskemét air base.

The Chief of Defence said that the Airbuses are troop transport aircraft capable of being used for a range of military missions.

First and foremost, they serve to transport personnel and their individual equipment, but they are also suitable for the evacuation of patients and casualties from areas of operations and disaster-stricken areas, Dr. Tibor Benkő added.

He pointed out that all technical, logistic and personnel conditions for the creation of the strategic airlift capability will be established on a Hungarian basis.

Part of this is the pilot training in Hungary, which encompasses basic training for military pilots as well as tactical training for Gripen fighter pilots and the training of helicopter pilots.