Now On: 'Art In The 19th Century', National Gallery 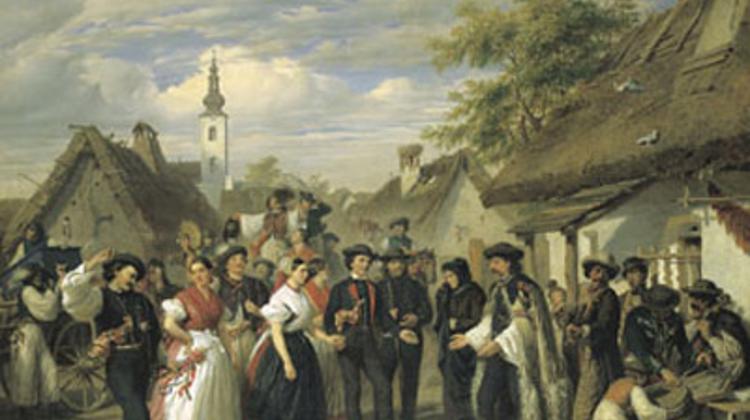 The rearranged permanent exhibition of nineteenth-century art is located on the first floor:<br> From the age of reforms to the turn of the century.

The re-organised permanent exhibition showcasing Hungarian fine art from 1810 to 1900 is displayed in the most impressive halls on the first floor of the Gallery.

Visitors can again admire the well-known masterpieces at the new exhibition comprising some 150 paintings, 40 sculptures, 40 medals, and 33 applied art objects. Works are arranged according to new principles and in a different selection; one third of the exhibited objects had been previously visible on rare occasions.

The nineteenth century is distinguished by the birth of national art and the emergence of the most important institutions of art, including museums, the academy, exhibitions, art prizes, as well as art criticism and art press.

The reorganized exhibition consisting of 14 sections, arranged in chronological (Hungarian art at the beginning of the nineteenth century; The nation and art), stylistical (Biedermeier; Enchanted by the Orient; In the open air, Naturalism), thematic (The heroism of modern life, In the lands of Italy, Exoticism and eroticism) and genre-based (From nature to landscape; The golden age of the portrait) units.

A section devoted to cultural and institutional history, titled The Scenes of Culture, will occupy the middle hall, and will be an exciting novelty of the show. It provides an overview of the art institutions that were established in Hungary in the nineteenth century and enabled the development of art life. The sections contain units focusing on a prominent master (for example, István Ferenczy, Károly Markó, Miklós Izsó, Miklós Barabás, Bertalan Székely, Károly Lotz, Pál Szinyei Merse, Alajos Stróbl).

Besides the paintings, sculptures and medals, the rearranged exhibition also displays furniture and ceramic objects, originating from the collections of the Museum of Applied Arts, Budapest and the Anna Zádor Foundation, among others. The period interiors purport to evoke the characteristic milieu of the era.

In the sections opening from the dome hall, two significant groups of artworks can be found. First, works of national romanticism, the idea dominant in nineteenth-century Hungarian painting: beside the Women of Eger by Bertalan Székely, The Mourning of László Hunyadi by Viktor Madarász, or The Baptism of Vajk by Gyula Benczúr, the most outstanding historical paintings by Viktor Madarász, Sándor Liezen-Mayer, Bertalan Székely and Gyula Benczúr are exhibited.

Secondly, visitors can see representative artworks of plein-air naturalism, i.e. the beginning of modernism: paintings by Simon Hollósy, István Csók, Béla Iványi Grünwald, and Károly Ferenczy, all active in Munich and Nagybánya (Baia Mare) at the end of the century.