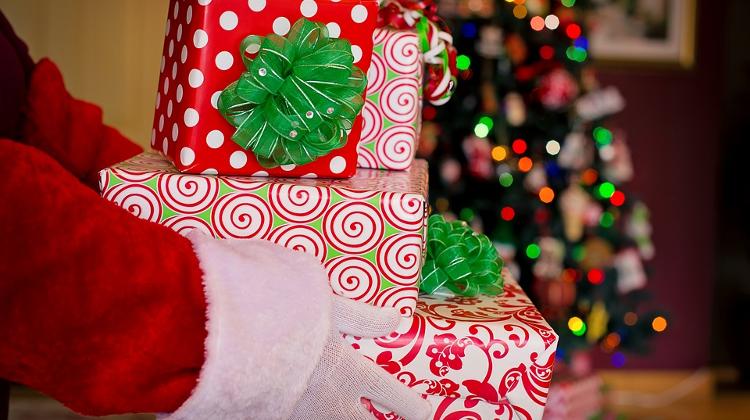 This annual Christmas initiative by a local expat church brings together good folks from the international community to add a bit of magic to the lives of children living in 'deprived areas of Budapest'. You can experience the joy of giving by becoming an Elf for an afternoon, a reindeer told us the British Ambassador is lending a helping hand, read on for how you can get involved.

From the organisers: It's been over three years now, that some Elves came up with the idea of making dreams can come true at Xmas. Because Santa IS real, and Elves are even more so.

On 22 December Santa will surprise kids from deprived areas of Budapest and around. On the 22nd of December, all letters coming for Hős utca and Pongrácz telep will gather at the Scottish mission.

Who are the elves?

Actually, it's you. You can be Santa's little helper. This year we asked people of the Internet, who wants to be an Elf, who wants to make a wish come true. Over 130 people responded, meaning we could make all the kids involved very happy.

Where The Kids Come From?

This year we asked the Scottish Mission of Budapest to be our main channel of selecting the kids. They have a long history of supporting families in need. They channeled us down to a fantastic organisation called "Kontúr Egyesület", in the 10th district of Budapest. An area which is to be demolished by the city council, but who knows when solution comes. 300 tiny and unhealthy flats, no public lighting, piles of rubbish.

The other group of little ones are the from the Wesley János nursery school of Budapest. This is part of the "Oltalom" charity, which you can read more of under the 20th of December event. Wesley Nursery kids get their present on the 20th, at their Danko utca base.

The building where we will held the Santa event itself on Vörösmarty utca was build by Scottish people, from donation during the build of the Szechenyi chain bridge on the Danube. Later on it became a children's home, lead by a hero Scottish lady, guarding the little ones from the nightmares of the war.

Sadly, this lady, Jane Henning, died with her children in a concentration camp of Auschwitz . She refused to leave them on their own, even if she was free to go. This building, and the Scottish Mission will be hosting the "Letters to Santa" Xmas event on the 22nd of December.

What will happen on the day?

Well, we are asking Elves to arrive early, so we can decorate the main hall, set up a Xmas tree, wrap a few gifts. There will be plenty to do.

12.00 - Arrival of "Set-up" elves. Decorations, hot choc cooking, talking a lot, singing and being excited together
16.00 - Bus leaves from Hős utca, bringing the kids to the Scottish Mission
16.30 - Children arrive (a bunch of lovely, excited little ones), all to have a hot drink, maybe a quick sweety, and take a seat in the main hall. (Dancing and singing will be allowed.)
16.30-17.30. - Santa arrives (only if there will be plenty singing) and all kids will get a prezi, name by name, family by family.

Then we all go home, and wait an other year to experience the joy of giving. It worth all the effort.

Yes, of course. The Elf applications are now closed, but you can still help:
- We are looking for a kids DJ for the day (Xmas songs) ,
- Any performer is more then welcome. Face painters, magicians, you name it
- Bring the day home made cakes for our Xmas table (cupcakes, tarts, etc) Also some ingredients for making the hot chocolate would be appreciated.
- Simply come along, witness the true spirit of Xmas.

We would love to see you here! Just tell us in a comment here, if you have any donation offer, or simply just want to be here.

How do i know which event my present will be handed out?
(20th of Dec Wesley nursery OR 22 Dec - Church )

You have received a letter, with a registration number on it, and also the address. All the Wesley letters are between No 66 - 109.

If your's is different, then your gift will be distributed at the Scottish Mission.

Also the letter does contain the address of the kid, so easy to identify the area. If you still have a question, just drop us an e-mail

Head Elves of Kata, Csilla, Zsuzsi , the Admin Elves of Melinda and Emese and of course....... Santa