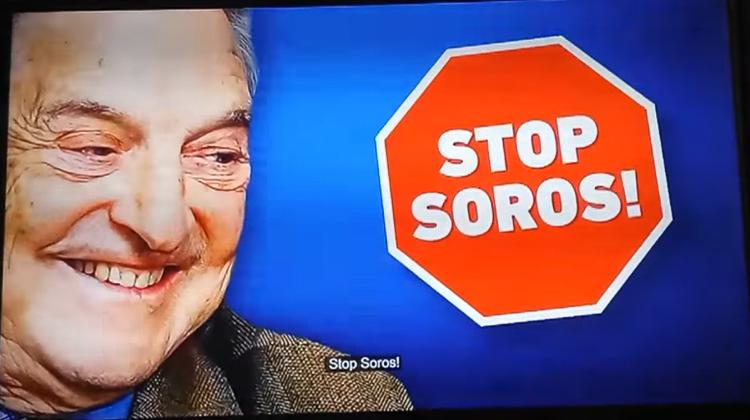 This week we reported that the Hungarian government has proposed a bill that would launch yet another attack on the country’s NGOs, notably those critical of the government’s violations of human rights and international law.

Furthermore, the bill would put restraining orders on those believed to be involved in illegal immigration operations (preventing them from approaching the border).

Now, the government is popularizing the “Stop Soros” theme in Hungarian media.

Vastagbőr, a Hungarian blog, has just uploaded a recording of the propaganda ministry’s latest “public information announcement”, which just so happened to air on EchoTV, a television station now owned by Lőrinc Mészáros, the businessman many believe to be the prime minister’s straw man.

“Recently, millions of immigrants arrived in Europe,” the recording says. “But the fence built along the Hungarian border now stops them.

George Soros says this fence needs to be dismantled and many more millions need to be resettled here from Africa and the Middle East. This is dangerous! This is why the Soros Plan must be thwarted. Stop Soros! Prepared by the Hungarian government.”