'The Truth At 24 Frames Per Second', Workshop With Scott Alexander Young, 27 - 28 January 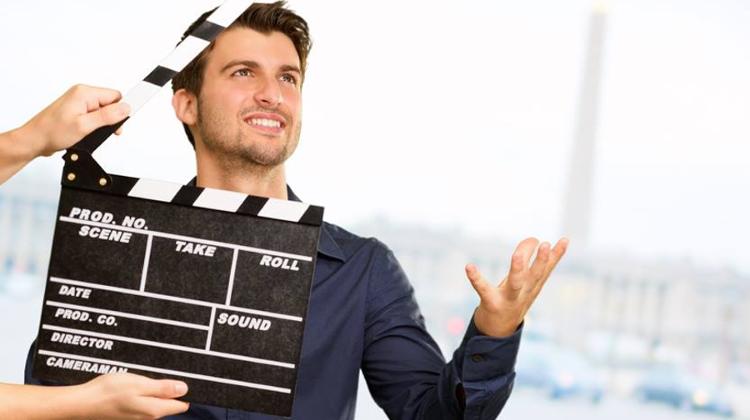 Never acted on film before? This is your chance to do so! If you have, this is an opportunity to sharpen your skills! Join Scott Alexander Young, for an intense practical film workshop like no other! Film is the medium that won’t let the actor get away with “faking it”. So we will dig deep into creating believable characters for the screen. Want to really be ready for that close-up? Hit your marks? Stay in shot? This is the place to get a crash course!

Topics:
· Specific technical demands of acting for film
· Improvisation and script work
· Acting with a green screen
· Preparing for a part
· Watch back on private youtube channel

Testimonial:  "Finding a good teacher for acting can be a challenge. Scott is a consummate professional actor, and is a kind and knowledgeable coach; he quickly finds the areas I need to work on and gets results from me within minutes. I'm now walking into auditions, feeling confident in my acting skills... and I'm booking jobs." - Actress , Christine Grace Szarko

More details about the course:

The raw material: Where does the actor end and the role begin? How much of themselves should an actor bring to a role? Ironically, to inhabit another character, it helps to be comfortable in one’s own skin.

Starting in the middle:  It’s said that every character does just that. They had a life before they enter the story, and unless they meet a tragic end, they will have one after. It’s up to us as actors to create that background. But how do you go about it?

Some of these techniques cross over to the stage, but the way an actor prepares for a film could hardly be more different to theatre: You rehearse alone, there’s no audience and everything is shot out of order. Film acting also has some very specific technical demands. With over 30 imdb credits to his name, Scott has picked up on a lot of them.

But don’t expect long lectures. Like his previous workshops for younger actors, we will learn by doing. Everyone gets to perform. And later, everyone will be able to access a password-protected YouTube channel, so they can watch and learn, by seeing themselves in action.

The weekend will also include an (optional, not included in fee) Saturday evening meal where Scott, a born raconteur, will share some of his experiences on film sets.

Last but not least, Scott will discuss the business end of show business. How can anyone sustain a career in such an over-subscribed and insanely competitive business? Well, as actress Ruth Gordon once said, “it’s not enough to have talent, you must have a talent for having talent”. What does that even mean? Scott thinks he has a good idea, and by the end of our workshop, so will you.

50% deposit payable by the 15th of January to secure your place.

A minimum upper-intermediate level of English is required.