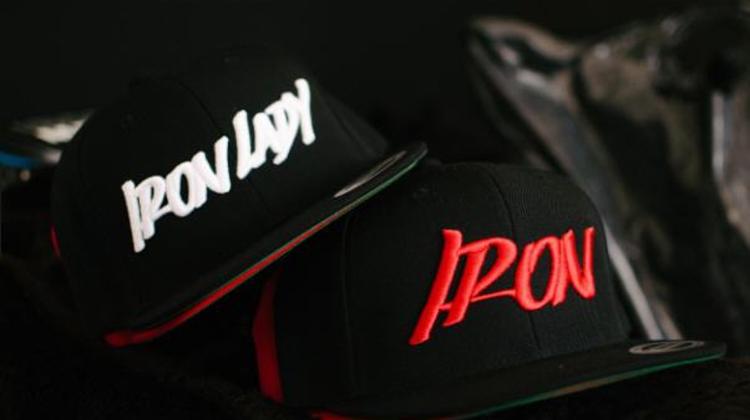 Aside from a post I wrote about the World Aquatic Championships held past summer in Budapest, I haven’t paid much attention to the affairs of the Hungarian Swimming Association, which for a while was in total turmoil due to the revolt of the swimmers, led by Katinka Hosszú, the star of Hungarian swimming. That revolt ended with a victory for Hosszú, who managed to get rid of Tamás Gyárfás, the long-serving president of the Association.

The storm that Katinka Hosszú created has since subsided, and one hears little about the Hungarian Swimming Association nowadays. On the other hand, there is a lot of news about Katinka Hosszú, and not just because she keeps piling up gold medals all over the world.

I’m much more interested in her business venture and how she managed to get the Hungarian government to be her chief sponsor. I find this process especially intriguing because Katinka Hosszú, along with her American husband, has been looked upon as the embodiment of the businesslike American spirit.

Coming from an environment where sports are sponsored by large corporations, the Hosszú-Tusup couple defied expectations by ingratiating themselves with the Orbán government, seeking support for their business when Katinka will no longer be able to swim and smash record after record.

The couple has already begun preparing for Katinka’s retirement from swimming. In 2014 they set up the Iron Corporation and called their business venture, a swimming academy, Iron Aquatics. It was named after Hosszú, who calls herself the Iron Lady. Today the Iron Corporation has 30 employees and is profitable.

The problem is that Budapest doesn’t have enough Olympic-size pools for all those athletes who must spend the better portion of their day in the water. And it is here that the Hungarian state comes into the picture.

Shortly after the World Aquatic Championships came to a close, it was reported that Iron Aquatics was renting space from the newly-built Duna Aréna.

The internet news site 24.hu has been trying for months to find out how much the Hosszú-Tusup couple is paying for the privilege. Its journalists were sent from pillar to post, but government officials refused to reveal details of the arrangement. About all we know is that it was agreed that Iron Aquatics could use the “teaching pool” of the Duna Aréna even before the building was officially opened.

As Hosszú announced on her Facebook page, with access to this swimming pool, Iron Aquatics, in addition to training professional swimmers, can now also teach children how to swim properly. The arrangement most likely is illegal because the Duna Aréna cannot be used for business purposes, and Hosszú’s venture is an obvious business enterprise.

By the way it looks, whatever the arrangement with Duna Aréna is, it is only temporary, until Hosszú has her very own complex on Csillebérc, an area about half the size of Margitsziget (46 hectares), which was used during the Rákosi and Kádár regimes as a campground for worthy pioneers.

The famous narrow-gauge train, maintained by children under adult supervision, can also be found here. The area illegally ended up in private hands, and the Hungarian state waged a legal battle that lasted about 20 years to recover the property. This summer, with no court decision in sight, the government settled with the owners and paid an exorbitant amount of money for a hunting lodge on the property.

The government refused to reveal details of the settlement, but according to inside information the government was so eager to start building a swimming center that it paid the owner 1.5 billion forints. This is apparently 26 times more than the lodge is worth.

Headlines like “Katinka Hosszú may get Csillebérc this week” didn’t sound too good, so Tünde Szabó, former silver-medalist Olympic swimmer in 1992 and nowadays undersecretary in charge of sports in the ministry of human resources, explained that it is not Hosszú who is getting a swimming academy.

Csillebérc will be one of four training centers the government will build, which will be devoted to producing future champions. She stressed that the academy will be in the hands of the Hungarian state but added that “at the same time, if our successful athletes who became role models want to pass their knowledge to younger generations, the opportunity should be given to them.”

In brief, yes, Hosszú convinced the Orbán government to build a most likely very expensive sports center for Iron Aquatics. On December 28 the government gave its blessing to the creation of all four facilities. We know how much money has been spent on Orbán’s football academy, and there is no question that these four academies are going to be expensive affairs as well. In addition to the swimming academy on Csillebérc, there will be kayak and gymnastic academies in Budapest and a pentathlon academy in Székesfehérvár.

Meanwhile Katinka and her famed coach and husband are having a rough time at home, which is being watched with a certain amount of satisfaction by those who couldn’t stand Shane Tusup, who by all reports is hard to take. He made no secret of his low opinion of the luminaries of the Hungarian swimming scene.

Origo has already devoted two long articles to attacking him, and Viktor Orbán’s favorite sports paper, Nemzeti Sport, published an article expressing worries about the future of the “Hosszú-Tusup brand.” The Orbán government is planning to spend billions on a swimming academy and therefore the “Iron Empire” is not in danger, the author of the article says. But what will happen to Katinka?, asks the worried sports writer.

The author of the article is worried about Hosszú as an athlete, but in my opinion Iron Aquatics is in greater danger because, after all, it was Tusup who made Hosszú what she is today. Those parents from all over the world who already envisage their sons and daughters as second Michael Phelpses and Katinka Hosszús might think twice before turning to Iron Aquatics without the famous Shane Tusup.