Registrations Are Open For The V4 Regional Esports Festival 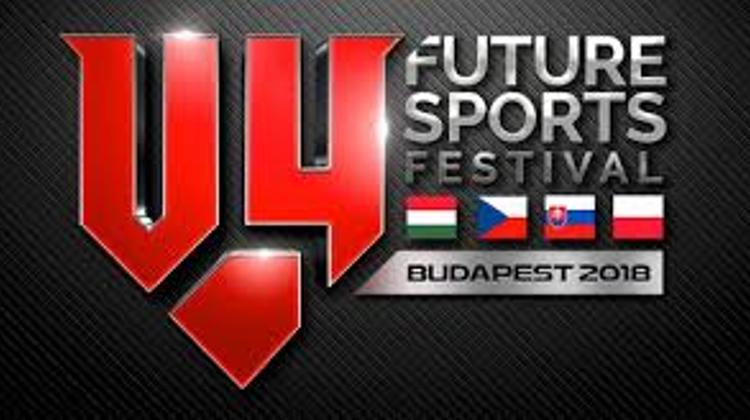 From the organisers: Registration is open for the first word-class, international Hungarian esports tournament where players from Hungary, Poland, the Czech Republic and Slovakia may enter alone or with a team in four different esports titles - League of Legends, Counter-strike: Global Offensive, Clash Royale and FIFA18 - at the V4 Future Sports Festival, which has a total prize pool of EUR 1 million. The tournament, for which entry is free of charge, is hosted by Egymillióan a magyar esportért Egyesület with support from the Hungarian Digital Welfare Programme and runs from 23-25 March.

At a press conference, Balázs Biró, chairman of Egymillióan a magyar esportért Egyesület presented the basic concept for the regional sports event. “The V4 Future Sports Festival will not only be the first new generation esports community hub in Hungary and in Central and Eastern Europe, but will also enable esports players and teams that are eager to develop, improve their skills and share their experience,” said Biró.

V4 Future Sports Festival will host traditional sports and the sports of the future as well. To be seen, among others, are robot football, a drone show and a teqball tournament, too. Simulators, VR stations and YouTuber stages await the audience at the Game Show, organized by PlayIT.

In League of Legends, a total of four national tournament winner teams will be participating on Budapest’s esport stage. In Counter-Strike, this number will increase by 4 invited top-tier teams, so a total of eight squads will compete for the regional champion title. In Clash Royale, the two best players from each V4 country will travel to Budapest.

Tamás Deutsch, the minister responsible for the Digital Welfare Programme, highlighted the following at the press conference: “Esport in our country, just as it is on the global level, is a rapidly developing digital and sports activity.

The aim of the Digital Welfare Programme 2.0 (DJP 2.0) is based on the success, traditions and intellectual resources of Hungarian sports, as well as innovation. We are talking about, on one hand, the increased use of digital instruments, methods and technologies in Hungarian sports, and on the other hand, the domestic development of those new digital applications, solutions and products that can be competitive on a global scale.”

The face of the event and patron of esports was presented at the press conference. Outstanding Hungarian swimmer László Cseh, Olympic silver and bronze medallist, world champion and European champion, stressed that traditional and electronic sports complement each other. “I am a passionate gamer as well, it helps me relax, concentrate and fills me with energy after the daily swimming training sessions.”

About Egymillióan a magyar esportért Egyesület
Egymillióan a magyar esportért Egyesület started as a bottom-up movement of the Hungarian esports community in 2013. The group, working through on-line and social media platforms, became an NGO in 2016. Their goals include social responsibility, which emphasises changing social prejudices against video games and underlining the importance of physical activity and sports.