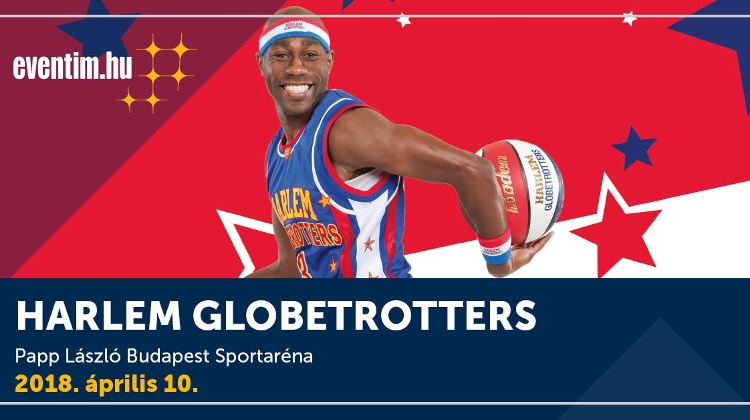 Wow this is gonna be amazing for lovers of basketball, and for sporting entertainment fans of all ages.

The Harlem Globetrotters circus is coming to Hungary again with a new display for all the family. They're all set to show-off their world famous tradition of ball handling wizardry, basketball artistry, and one-of-a-kind sport skills thrills.

“The Globetrotters have always tried to be creative when it comes to our draftees,” says Sweet Lou Dunbar, the Harlem Globetrotters’ director of player personnel and coach.

“Having players who can electrify fans with high-flying ability is a tremendous trait, but they’ve got to go beyond that. Globetrotters need to be superstars on the court. Their play is legendary!”

Join the Globetrotter stars on court with magic pass, the exclusive pre-game event

Once you purchase a ticket you will be emailed with more information about the Magic Pass Experience and how to purchase.

Magic Pass is the pre-game event where your family will hang out with the stars of the team, right on the court, and will have the chance to:

The Harlem Globetrotters are a worldwide icon, synonymous with family entertainment and great basketball skills since its foundation of 1926. The Globetrotters represent nine decades of commitment to fans, and acts of goodwill that goes beyond the game. The team toured the world, breaking cultural and social barriers along with basketball records.

The Globetrotters perform over 450 live events worldwide annually, and engage over 1.7 million social media fans across major platforms. The American Red Cross is the Official Charity of the Harlem Globetrotters.

But the team didn’t stop there, scooping up three big names left on their draft board: multi-sport star, Tim Tebow, New York Yankees rookie Aaron Judge, and actress Gal Gadot primarily known for her role in the summer blockbuster Wonder Woman which was released in 2017.

The 32-year-old actress is also no stranger to basketball, I played on the high school basketball team.The world famous Harlem Globetrotters now represents more than a simple basketball game. It is a brand name that is synonymous with carefree family entertainment throughout their 91 years.

Over their history, the team played more than 25,000 games, enchanting popes and heads of states alike. Harlem Globetrotters have played in 122 countries and territories, on six continents and they continue their tour in 2018.