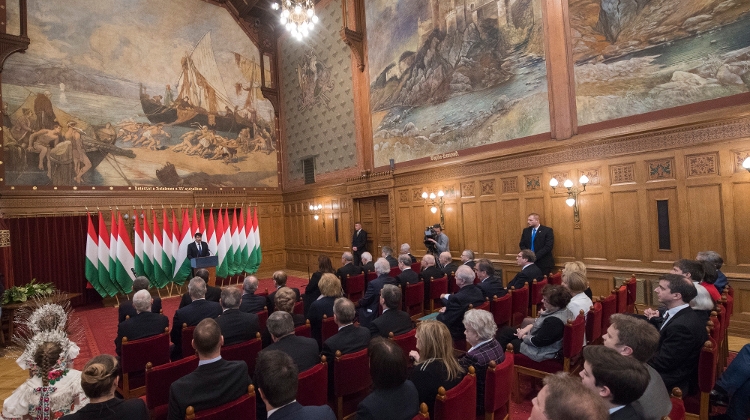 The president said at the ceremony in Parliament that the Corvin Chain is as much a “call for continued excellence” as an appreciation of past achievements, a call to pass on knowledge, share wisdom and encourage young talent.

The Corvin Chain Award was originally founded by governor Miklós Horthy in 1930 and was revived by the first Orbán government in 2001.

The award was not granted for ten years after the change of government in 2002 but was again revived in 2012.

It is granted to recognise exceptional achievements in the fields of education and culture.