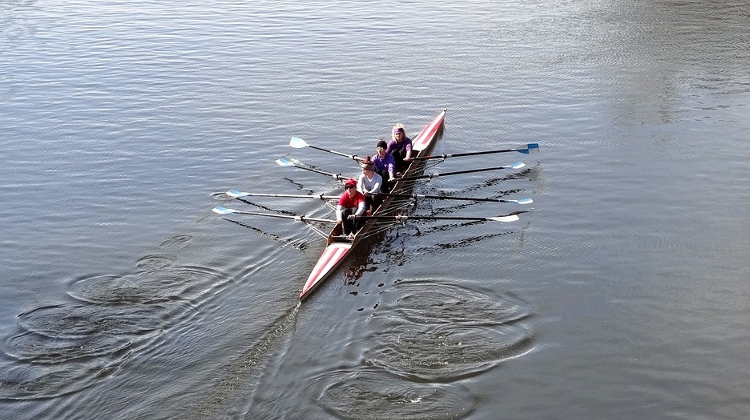 From the organisers: The Budapest Cup Regatta is "the" major rowing event in Budapest during the year and the only head type regatta for eights in Hungary. It is the 3rd stage of the Capital Cup Regatta series.

The Budapest Cup attracted over 250 boats and more than 2200 rowers from 15 countries to the capital of Hungary since its introduction to the Count Széchenyi István Memorial Regatta in 2011.

Today the Budapest Cup Regatta is the outstanding event in the Hungarian and Central European rowing calendar with big success among top, master and junior rowing teams from all over the region.

The start of the rowing course is in the small Danube stream next to the Óbuda Island and leads the teams onto the Big Danube on the Buda side of the Margaret Island, into the well-known heart of Budapest.

Our aim is to give rowers a unique feeling of international rowing, where athletes from every level compete. We aim to utilize all the human and asset capital of the Hungarian rowing scene and connect it with the neighboring countries rowing communities.