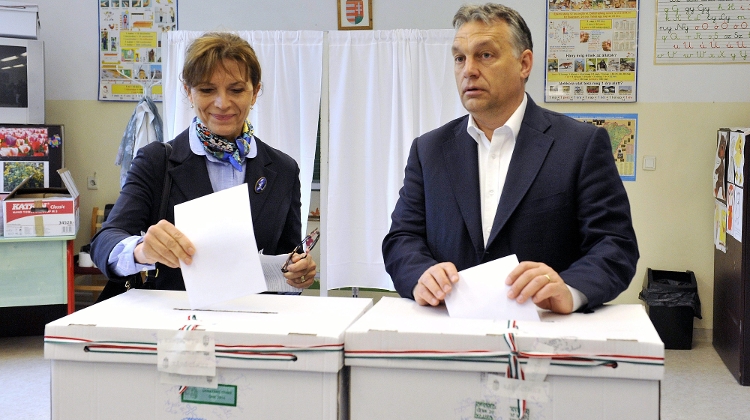 Hungarian and international advocacy/rights groups, experts, and intergovernmental organizations have raised concerns about the fairness of Hungary’s upcoming general election.

The 2014 general election was deemed “free but not fair” by Organization for Security and Co-operation in Europe (OSCE) election observers.

A number of factors determine whether an election is fair, including campaign finance rules and access to media platforms.

The pro-government bias of state media and the virtual takeover of Hungary’s print media and local television and radio by businessmen tied to Fidesz after the 2014 election make it more difficult than ever for opposition parties to publicize their platforms.

In 2014, the governing Fidesz-KDNP political alliance managed to retain its two-thirds parliamentary majority despite receiving just 44.87 percent of the popular vote, thanks to gerrymandering and a new electoral law that changed the method in which candidates enter parliament from national lists to the detriment of smaller parties.

So far, Pálffy’s office has registered 96 political parties for the election, up from 71 in 2014.

With the campaign officially starting on Monday, the race was on for candidates of individual electoral districts to gather 500 signatures from local voters to put them on the ballot.

There are 347,000 registered to vote in the near abroad, up from 193,000 registered in 2014. Because these individuals do not have a registered residence in Hungary, they can vote by mail. In the 2014 election, voters living in Hungary’s near abroad almost exclusively voted for Fidesz.

Pálffy also said Monday that officials from the OSCE have contacted her and requested that they be allowed to send election observers for the April 8 election. She added that a number of foreign embassies in Hungary have also indicated they will be sending election observers.