Government Of Hungary Refusing To Tell How It Spent $7 Million In The U.S. 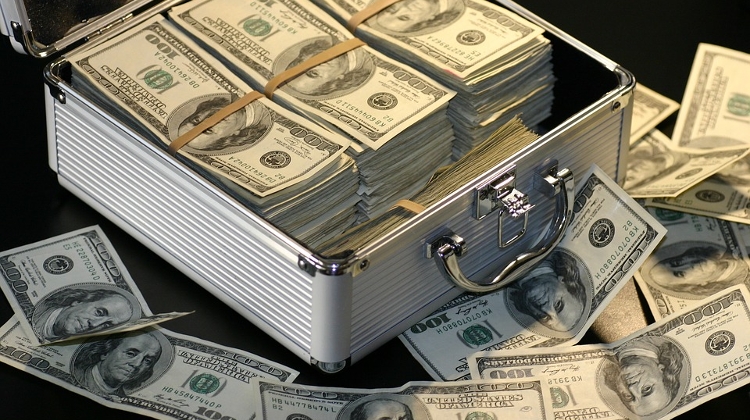 A foundation financed by the government of Hungary spent more than $7 million in the United States in the past three years.

The Hungarian state support provided to the Magyar Foundation of North America (MFNA) is supposed to help the organization promote Hungarian culture, strengthen American-Hungarian relations and keep in touch with the Hungarian-American community.

“We tried to look at how MFNA has been using Hungarian taxpayer money in the United States, but we did not manage to get a full picture.” – Atlátszo.hu reports.

MFNA rarely organizes significant events that get press coverage and its website does not give much information about its activities, either.

The Hungarian Ministry of Foreign Affairs of Trade is supposed to be supervising MFNA: according to grant agreement signed by the foundation and the GoH, MFNA “must submit financial reports and professional reports on expenses incurred” and provide and invoice summary with the names of suppliers and service providers as well as certified duplicate copies of certificates verifying the procurements of goods and services.

As MFNA is spending Hungarian taxpayer money, the public is entitled to know how it is using it. Thus Atlatszo filed a freedom of information request with the MFA and asked them to provide them with copies of the financial and professional reports as well as the invoice summary that the foundation sent them, according to the rules set out by the grant agreement.

The MFA did not provide them with the documents they asked for even after the second request.

Instead of the documents that would shed some light on how the 7 million dollars were spent, they sent the text of the grant agreements and a few narrative reports from early 2016. The documents included a few pages of rough financial plans, but those pages were scanned in such a bad quality that it was not possible to read them.

To see the financial reports and the invoice summary, they turned to the National Authority for Data Protection and Freedom of Information for legal remedy. They are still waiting for the decision of the authority.

They tried learning about the foundation from the American side as well: the tax returns of MFNA filed in the United States tell a few more details about how this 501(c)(4) organization is spending money – however, the picture is far from clear.

But one thing is clear from the 990 form filed by MFNA: almost all of its officers, including its president, come from the circle formed around the late Republican spin doctor Arthur J. Finkelstein, who was also helping out with Hungarian Prime Minister Viktor Orban’s campaigns.

Now, have a look at how the foundation appeared and took on the job of promoting Hungarian culture in America.

From lobbyist to non-profit leader

It was the Hungary Initiatives Foundation that was tasked with promoting Hungarian culture in the U.S. until 2014. The budget of Hungary for 2015, passed in 2014, included the usual sum of $2.2 million for HIF, but then something happened.

In 2014 the GoH found a new lobbyist in D.C.: it signed a contract with former Florida congressman Connie Mack. The contract is for four years and it is worth $5 million. Mack and his business partner Jo Anne Barnhart both registered with the Department of Justice as foreign lobbyists.

It was also in 2014 that the Magyar Foundation of North America was set up with a $199,000 given by a person, according to the organization’s tax return from that year.

According to the FARA database, Barnhart stopped working as a lobbyist for Hungary on April 30, 2015.

On August 14, 2015 the GoH and MFNA signed a one-year grant agreement worth $2.2 million. According to a Hungarian government ordinance it is possible for the GoH to reimburse charges incurred before the grant agreement is signed, so MFNA, led by Barnhart, got part of its a grant to cover its expenses that were incurred between April 1. and August 31., 2015 as well.

From the documents that were sent, they could not get a full picture of what MFNA is doing. The grant agreements from 2015, 2016 and 2017 and the original grant application of the foundation were given to them. Furthermore they got a narrative report of what MFNA did, but it ends in February 2016, thus no one knows what organization has been working on since then.

From the grant agreements it is clear that the organization got $7 million in the first three years and that its main achievement in its first year was a series of event at the very end of February 2016.

MFNA gave a $50,000 grant to Pepperdine University for two academic studies on issues related to Hungary and American-Hungarian relations and also paid for a Hungarian PhD student to travel to Pepperdine and help the professors as a research assistant. Then in February 2016 they presented these papers at events in New York and Washington and held an event commemorating Hungarian historic figure Lajos Kossuth.

Besides this, according to the reports by the MFA, the foundation built a database of Hungarian-Americans, set up social media accounts (its YouTube channel has four videos, the latest from nine month ago.)

It conducted a direct mail campaign and a contest titled ‘Win a trip to Hungary.’ Besides this, it cannot be really seen what the foundation used all the money for because they do not use either their Facebook page or web page to present their activities.

According to its Facebook page, it took MFNA almost a year to organize a few events again: the foundation co-hosted a luncheon for 300 people at the Embassy of Hungary, then organized a concert for Hungarian pianist Adam Gyorgy and also organized a speakeasy event.

Now, a year later MFNA is organizing something again: it is helping 10 Hungarian artists present their work in America.

In the narrative report given by the MFA, Atlatszo found a reference to different activities: the foundation got a credit card ‘to be used for MFNA staff travel within the United States and for travel by delegations of Congressmen and former Congressmen, Congressional Staff, and other invitees to Hungary.’ However, there is no record of MFNA having paid for the travel of Congressmen or their staff.

All this still does not answer the original question of how exactly MFNA is spending Hungarian taxpayer money. So they turned to the 990 forms filed by the organization. They do not answer the questions in detail either, but they give a glimpse of who are working for the organization and tell the rough outlines of how they are spending the money.

In 2014 the newly created MFNA was given $199,000 by someone. It did not spend any of that money. The next year the foundation’s only source of income was the $2.2 million given to it by the GoH.

MFNA paid $100,000 for fundraising to Wolf Point Global, but did not manage to raise any funds. The organization spent almost $300,000 on legal services provided by Arent Fox and the largest item on the list is $590,000 spent on ‘researching.’